Here's how Haryana is fast emerging as a key trade center 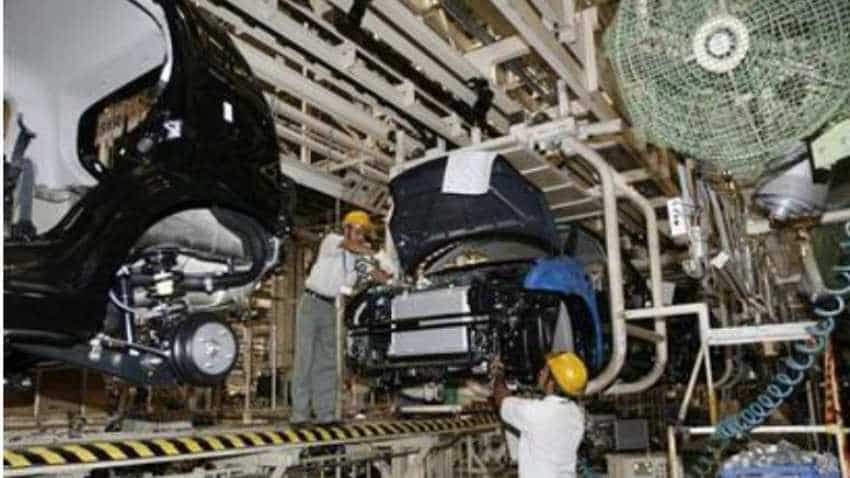 From being one of the top agrarian states in India, Haryana has emerged as a fast-growing industrial state, with a strong focus on exports. Image source: Reuters

There is no doubt that global trade holds the key to India becoming a $5-trillion economy. Small and medium enterprises (SMEs) are playing a major role in India’s overall growth over the decades - economic and exports growth. Despite being a small state, Haryana is contributing immensely in India's overall growth. The state is emerging as one of the best destinations in the country for entrepreneurial, micro and small enterprises and it contributes immensely in national as well as international trade. Haryana was within the top three states in India on “Ease of Business” list last year.

Automotive, textile, agriculture, engineering parts and industrial equipment manufacturing industries are giving boost to SMEs, which are into related products or services, according to a report prepared by Connect2India, an integrated global trade platform.

From being one of the top agrarian states in India, Haryana has emerged as a fast-growing industrial state, with a strong focus on exports. There are several industries booming here and automotive and textile are two of the major ones, among others, it said.

About 2/3rd of the passenger cars, 50 per cent of the tractors and 60 per cent of the motorcycles produced in the country are manufactured in Haryana. It is also a major trade centre and a hub for the production of engineering parts and industrial equipment,  Connect2India said.

Pawan Gupta, founder, Connect2India, said, "Haryana has been one of the top contributors for Auto exports with more than $1.4 billion in exports.” The report stated that the textile industry was flourishing so well that export of cotton-based readymade clothes was at $887.64 million last year. Cities such as Faridabad, Hisar, Panipat, Sonepat and Gurugram are the textile hubs, it said.

"The state has launched many policies such as Retail Trade Policy 2017 and Haryana Textile Policy 2019 which aim towards enhancing this sector,” Gupta said.

The report suggests that currently Haryana holds 7.28 per cent of the agricultural exports of India as well as the merchandise export, which reached a whopping $13.3 billion in the fiscal year 2018 and $10.2 billion in the fiscal year 2019 (till December 2018). Last year, Haryana exported $1.3 billion of agro commodities, further showing Haryana’s multi-dimensional contribution to India’s exports.

Further central government schemes like the Pradhan Mantri FasalBima Yojana, Pradhan Mantri Krishi Sichai Yojana, Paramparagat Krishi Vikas Yojana may further boost the agriculture sector in the state, it said.
Haryana and the Government of India have launched several campaigns and designed many policies to help MSEs with export and import. One such campaign is the National Manufacturing Competitiveness Campaign which helps in becoming these SMEs globally competitive. Other areas on which they’ve focused are access to markets, market facilitation, IP rights, implementing quality management rules, and incubators to increase entrepreneurial contribution.

Furthermore, the government approved Micro, Small and Medium Enterprises Policy 2019 in February 2019. Along with the previous incentives and exemptions, the policy works with the new national initiatives of the central government such as the Make in India, Startup India, Digital India and Skill India. This helps align the MSMEs with both the state and the central government. It also helps them participate nationally with the reach of these initiatives. Moreover, the policy plans will enable financial support for MSEs, promote entrepreneurship through incubators and make the business environment more friendly, the report said.

"Haryana continues to be at the centre of India’s economic ambitions and it is not wrong to say that it is dependable state. The state and its industries have been constantly performing for decades and with some private sector partnership, if someone can hand-hold them, help them take the next leap, the SMEs of Haryana can usher into becoming global businesses and increasing Haryana’s contribution even further, " Gupta said.