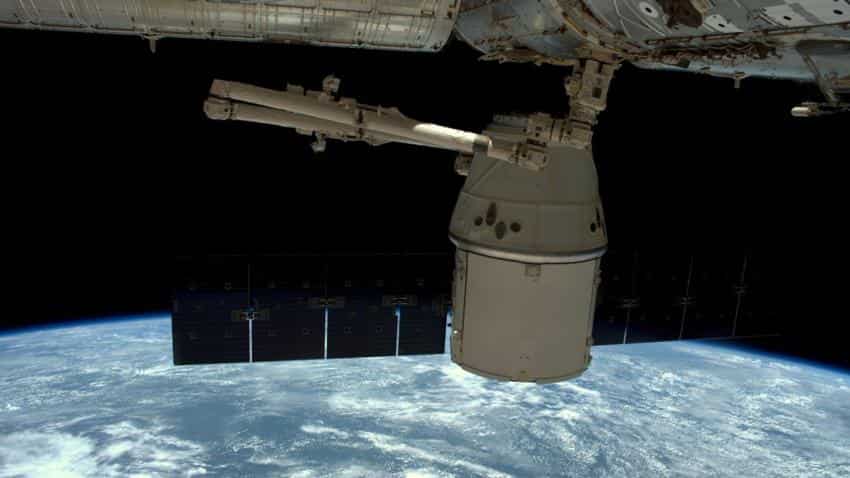 Quarterly and annual funding in startups around the world, working in the outer space sector has slowed considerably in 2016. Representational image of SpaceX satellite. Photo: Reuters
Written By: ZeeBiz WebTeam

Quarterly and annual funding in startups around the world, working in the outer space sector has slowed considerably in 2016.

A report by CB Insights stated that this past quarter from June to August garnered just nine deals for space startups amounting to $94 million.

Private Spaceflight technology developed by NASA, paved the way for many startups to set up shop in the space arena. Private spaceflight is flight beyond the Kármán line (above the nominal edge of space at 100 km (62 mi) Earth altitude)—or the development of new spaceflight technology—that is conducted and paid for by an entity other than a government agency.

SpaceX, founded by Tesla's Elon Musk, takes the biggest chunk when it comes to equity funding with a total amount of $1185 million in Series A funding in 2015.

The company designs, manufactures and launches advanced rockets and spacecraft. In its latest round of funding in January last year, it raised $1215 million.

The year 2014 witnessed an uptick in funding deals, with the number of deals peaking in 2015. But since then, there has been a decline.

The report stated that the annual picture indicates a bigger slowdown in 2016.

As the absence of mega-rounds of the kind seen in 2015 (SpaceX $1B, OneWeb $500M, O3B Networks $460M), funding to space startups may very well retreat this year, which has seen only $201M invested across 20 deals, the report stated.

CB Insights predicted the full year projection of funding for space startups to be around $329 million which would be an 87% drop over 2015’s figures, if funding remains at this slow pace.

The second mosts-funded company was OneWeb with $519 million, followed by Blue Origin with $500 million in the third place.