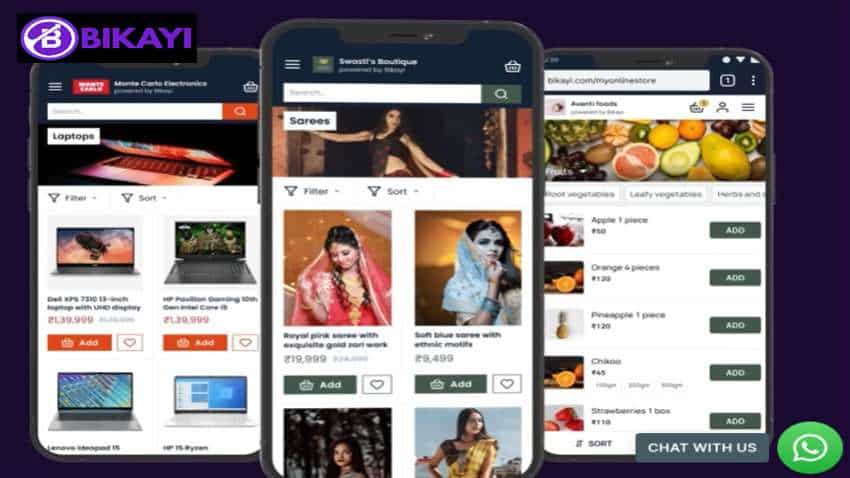 Bikayi enables SMBs to scale up on digital platforms enabling them to reach out to a wider audience base. Source:Website

Mobile-commerce services company Bikayi has raised USD 10.8 million in Series-A funding round led by Sequoia Capital India, according to a company press release. Earlier in August 2020, the company had raised USD 2 million as a part of its seed round of funding led by Y Combinator. The company was founded by Sonakshi Nathani and Ashutosh Singla in 2019.

Bikayi enables Small and Medium-sized Businesses (SMBs) to scale up on digital platforms thereby enabling them to reach out to a wider audience base. The platform provides businesses with a digital storefront, professional features, and tools to help them grow.

“India is on the cusp of an e-commerce revolution and we believe small and medium businesses will play a pivotal role in shaping this landscape over the next decade,” Shraeyansh Thakur, Vice President, Sequoia Capital India said.

“Our vision is to empower every small business to win in the emerging online market by providing them with affordable tools, helping them achieve unimaginable goals. We are on a mission to fulfil the aspirations of millions of small businesses that drive our economy,” Commenting on the fundraise, Nathani said. She is also the Chief Executive Officer (CEO) of the company.

India is home to over 75 million SMBs, which account for over 30 per cent of India’s GDP, employ over 130 million, and form the backbone of the economy, Thakur said.

“Rapid digitisation of SMBs and the deepening of the e-commerce ecosystem are huge trends in India and Bikayi is building a next-gen product that sits at the confluence of both these trends, integrating the entire infrastructure of commerce onto one single platform,” he further said.

“The team is excited to partner with Sonakshi, Ashutosh, and the Bikayi team in their mission to empower millions of SMBs to engage their customers online,” he further said.

Bikayi's annual Gross Merchandise Value (GMV) has grown 1800 per cent as per the claims made by the company in the release. The merchant base has grown at 5 times over the last eight months, the release said.