Robots working hand in hand with humans? What this startup has made possible 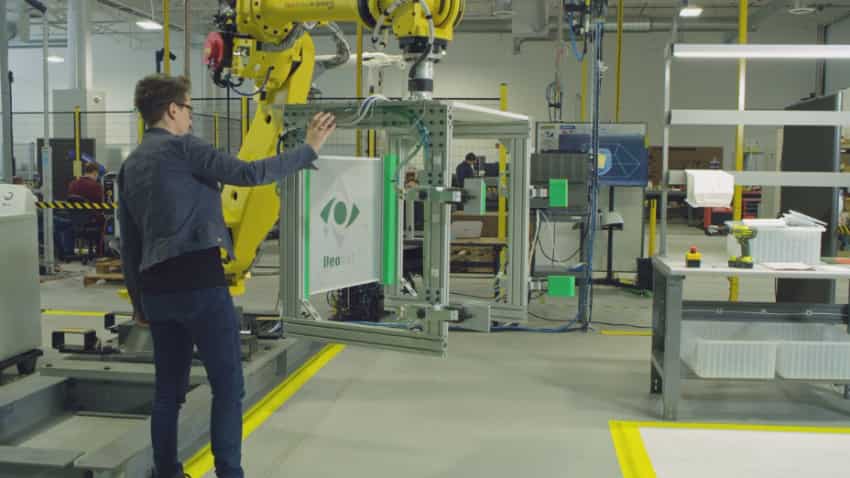 Robotics and Artificial Intelligence (AI) has emerged as breakthrough across globally, when it comes to getting work done in a systematic, less time-consuming and programmed manner. Many startups and companies have entered into this high-tech domain. However, where robots have become a boon to many firms, it also comes as a curse in their own ways. For instance, when it comes to specific customization in goods and services. Here is where humans come into play. But how will an environment be safe with automatic robots around? There is a startup named Veo Robotics Inc, which aims to make robots work alongside manpower safe and efficiently.

Veo Robotics is a startup based in Waltham, Massachusetts, whose main objective is to make factory robots who are safer and can work hand-in-hand with human employees in manufacturing companies. To make it possible, they have LIDAR ( Light Detection and Ranging) technology which enables robots to sense human presence when they intervene for customization and manual procedures.

“Where you see a lot of robots, that’s just the beginning of assembly. Those welding robots make for flashy pictures, but what you don’t see is another 250 to 500 process steps that are entirely manual.” Sobalvarro reportedly said.

In the latest funding round, participation was witnessed from shareholders like Google Ventures, Lux Capital Management, and Next47 -a venture firm started by Siemens AG.

Moel adds that, this includes not just the actual direct labor, but also the tools and equipment required for the transformation; overheads such as supervisory labor or electricity; the parts, fixtures, and consumables required; and the engineering and design effort needed to put together, test, and upgrade the manufacturing process.

Comparing the costs required for robots and manpower, Moel states that, direct costs, such as direct labor or consumables, are estimated by figuring out labor rates and such per hour and dividing by the number of units produced per hour.