HopOn India is pleased to announce the launch of its tour of Sarnath in nine languages - Hindi, English, Japanese, French, German, Arabic, Spanish, Russian and Chinese. 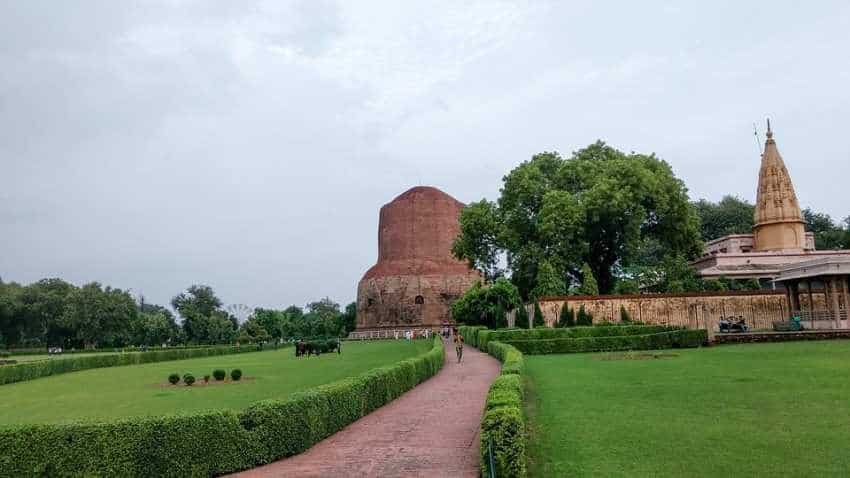 HopOn India is pleased to announce the launch of its tour of Sarnath in nine languages. Image source: Pixabay
Written By: PTI
RELATED NEWS

HopOn India is pleased to announce the launch of its tour of Sarnath in nine languages - Hindi, English, Japanese, French, German, Arabic, Spanish, Russian and Chinese.

The tour of Sarnath covers the famous Dhamekh Stupa, the Mulgandh Kuti Vihar, the Ashoka Stambh, the Chaukhandi Stupa, the Chinese Temple and the Thai Temple. It also covers the Bodhivriksha Campus that has the larger than life idol of Buddha giving his first sermon. Listeners can now appreciate the serenity of the area as they listen to the narration on the life of Buddha and the importance of Sarnath in his spiritual journey. HopOn India is also pleased to announce the launch of the Kolkata Sports walk.

The walk covers the green Maidans of Kolkata, including the Eden Gardens and the stadiums occupied by Mohun Bagan, East Bengal and Mohammedan Sporting Clubs. Unlike the rest of the country, Kolkata's first love is not the game of cricket, but football. On the walk, one will know how this love affair between football and Bengal began. They will also come to admire the passionate Kolkata fans who have fought or in some case even committed suicide when their teams loose or what can make the price of fish jump on days when Mohun Bagan and East Bengal fight on the soccer fields.

The Kolkata walk has been written by sports statistician Gautam Roy and narrated by Ankur Roy Chowdhury. The HopOn India App has 12 walks and experiences in the cities of Mumbai, Kolkata and Banaras, and will soon launch walks in Delhi and Jaipur. About HopOn India

Desiwalks Tours is a Mumbai-based startup that has launched an audio tour App - HopOn India. The Company is recognized as a startup under the Government of India's Start-up India initiative. The App, in a way, marries Digital India with Incredible India by providing digitally powered immersive experiences of places. It covers history, food, culture, myth and much more. The App is now live for the cities of Mumbai, Kolkata and Banaras. The user is expected to download the App, buy the walks that the user is interested in and then take the walk as the narrator takes the user on a journey of discovery. The narrations are available in English, Hindi, Marathi and now several foreign languages.