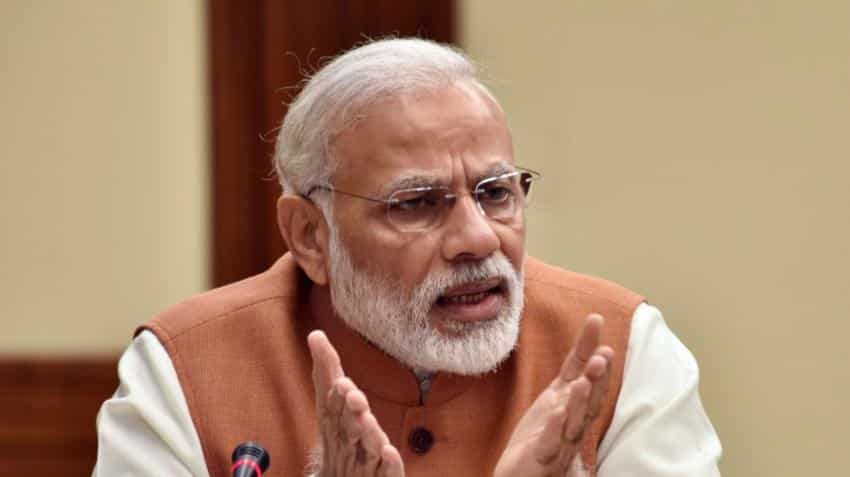 Prime Minister Narendra Modi will hold an interactive session with the top brass of the two revenue collection arms of the government -- CBDT and CBEC -- during a first-of-its-kind 'Rajasva Gyan Sangam' on June 16.

Sources said both the boards have been asked to direct their officials to prepare suggestions on "important policy- level and innovative ideas of far reaching impact relating to the legislative and administrative framework of taxation in India" that they can be put forth to Prime Minister during the conclave at Vigyan Bhavan in New Delhi.

The Finance Ministry in a statement on Sunday said the Prime Minister will inaugurate the two-day annual conference of senior tax administrators of Central Board of Direct Taxes (CBDT) and Central Board of Excise and Customs (CBEC) on Thursday.

While the CBDT is responsible for collecting direct taxes, CBEC does the same vis-a-vis indirect taxes.

"He (Modi) is expected to motivate the revenue officers towards achieving high standards in taxpayer friendly service in view of fast paced changes in the world economy and to address some of the challenges that these departments face in this scenario," the statement read.

The Annual Conference has been given a brand new name -- Rajasav Gyansangam (Revenue Officers' brainstorming retreat).

This is for the first time that the two revenue boards are holding their conference simultaneously. Till now, they used to hold conferences separately with the chief guest being the finance minister.

Meanwhile, in a tweet Revenue Secretary Hasmukh Adhia said the blueprint of the 'Gyan Sangam', the details of the deliberations and recommendations will be sent to the FM's office and the prime minister office (PMO).

Sources said that similar ideas will also be put forth to Finance Minister Arun Jaitley who will be holding a session during the two-day conference.

The conclave will deliberate on a host of issues related to taxpayer services and effective implementation of fiscal laws and government policies, including measures to curb black money generation and circulation.

Minister of State for Finance Jayant Sinha will deliver the valedictory address on June 17.

"It has been directed by the Prime Minister's Office that the PM will like to keep it an interactive session rather than just a monotonous inauguration and speech affair," a Finance Ministry source said.

The sessions will be divided into two broad subjects relating to the government's plan of financial inclusion and ensuring a transparent tax regime for businesses and foreign investors, besides issues and challenges being faced by the departments like Income Tax, Customs, Central Excise and the Directorate of Revenue Intelligence (DRI).

On the CBEC side, the deliberations will cover subjects like Word Trade Organisation (WTO) Agreement on Trade Facilitation and Best Practices, Dispute Management, etc.

A Taxpayer Perception Survey will also be released.

Modi, at his recent review meetings with CBDT and CBEC officials had reiterated the need for reducing taxpayers' grievances and ensuring a quick resolution of their problems.

Prime Minister is also likely to outline the government's goals vis-a-vis some flagship programmes like 'Make in India' and 'Start-up India' at the conference as tax officials are the most important stakeholders to ensure success of these schemes.

Besides, Author Chetan Bhagat will speak on 'Taxing with Love', a panel discussion on 'Initiatives to Improve Taxpayer Services.

There will also be a panel discussion on leveraging social media and brand building with Adil Zainulbhai, DG, Quality Council of India.