The panel further recommended the increasing the ceiling for eligibility to enterprises with an annual revenue of less than Rs 1.5 crore from Rs 1 crore earlier. 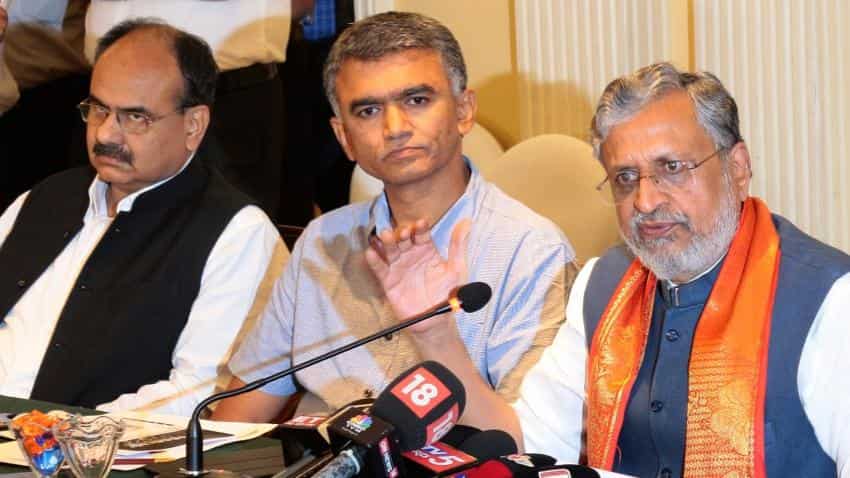 GST is a 'game changer' but simplify it: Congress minister

GSTN dials taxpayers to get feedback on filing experience

There may be some good news for small and medium businesses as a ministerial panel has recommended the lowering of the goods and service tax (GST) rates for them. It is also looking to extend the benefits to more such units in an attempt to reduce their tax burden and improve compliance.

The GST Council will be meeting on November 9-10 and could accept the changes in order to provide relief to small enterprises, eateries and traders.

The ministerial panel proposes a 1% GST for traders, manufacturers and restaurants, instead of the 1%, 2% and 5%, respectively, according to a Live Mint report.

The panel further recommended the increasing the ceiling for eligibility to enterprises with an annual revenue of less than Rs 1.5 crore from Rs 1 crore earlier.

The GST Council had on October 6 took the decision to increase the current ceiling from Rs 75 lakh to Rs 1 lakh. It also extended the deadline for the signing up for the scheme to March 31, 2018.

The panel has in its earlier meeting this month had proposed that there be no distinction between air-conditioned and non-air conditioned restaurants and that they should be taxed at 12% as against 18% now.

The report further quoted a GST Council official saying that the ministerial panel has recommended the GST Council let small traders pay either 1% on their revenue of taxable items such as loose rise, pulses, etc, are exempt from GST or 0.5% tax on the total turnover.

Sharma said that on the allowing of enterprises in the composition scheme to avail of input tax credits on business transactions, the panel could not reach a consensus and the matter will be referred back to the GST Council.

This lowering of GST rates come after the government has come under severe criticism for the burden facing small business and traders over the implementation of GST and bringing more businesses under the tax bracket.

GST is a 'game changer' but simplify it: Congress minister

GSTN dials taxpayers to get feedback on filing experience