Investment targets range from startups developing batteries to store solar power in massive amounts to those creating systems to better manage the use of household appliances like washing machines and thermostats. 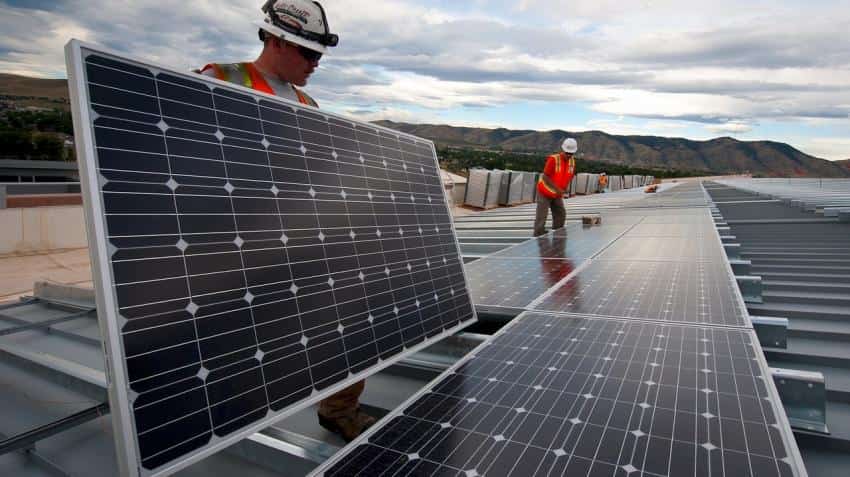 Europe's biggest energy companies have ploughed more than 1 billion euros ($1.1 billion) into startups, according to Reuters calculations, with several deals announced in the past month as they accelerate a quest for new technologies to outpace rivals.

Taking a leaf out of Silicon Valley`s playbook, companies such as Germany`s Innogy, France's EDF and Dutch Eneco, as well as oil majors like Total, have set up their own venture capital funds to scour the globe for potentially disruptive technologies.

The race is being driven by the fast-changing nature of an industry that has seen traditional energy providers scrambling to keep up with renewable power and seeking any edge over competitors in an increasingly fierce and fragmented market.

Investment targets range from startups developing batteries to store solar power in massive amounts to those creating systems to better manage the use of household appliances like washing machines and thermostats.

Companies are casting their nets wide and their funds each typically scan around a thousand pitches from startups a year, but invest in only 1-2 percent of them. The relatively small investment sizes, typically a few million dollars, allow corporates to build up a varied portfolio of speculative investments.

"Nobody knows where it`s (the industry) heading, that`s what`s exciting about it. Corporations do not know, startups don`t know but everyone is trying to own this game," said Petr Mikovec, managing director of Inven, the 180 million euro venture capital fund set up in 2014 by Czech utility CEZ.

The new industry landscape, partly driven by an explosive growth of renewable energy over the past decade fuelled by government subsidies, saw energy firms take 26 billion euros worth of impairments on unprofitable power plants, according to consultancy Capgemini.

It has also changed the way some large corporates view venture capital.

In the past, venture capital funds were often regarded as luxuries and were among the first spending areas to be scrapped when finances were squeezed. Over the past five years, however, they have become a central part of business models as companies are forced innovate to defend their market share and survive.

Internet of Things
The strategy has a somewhat different focus than many other venture capital funds around the world.

Rather than seeking significant or quick returns on their investments, these energy company funds are looking for startups they can integrate into their businesses, allowing them to trial and benefit from new tools and techniques.

"We are here to detect those startups which could bring value to Total and help us to imagine the future," said Francois Badoual, chief executive of Total Energy Ventures (TEV).

TEV is one of the oldest European corporate venture funds in the energy industry, launched in 2008, and has invested 150 million euros in more than 25 startups, ranging from energy storage companies like LightSail Energy to off-grid solar firm Powerhive.

The fund is closely linked to the oil major parent company, which showed it was serious about its strategy of diversifying away from oil with a 950-million-euro takeover of battery maker Saft this year.

TEV investments, which typically start at 2-3 million euros, have to be signed off by a group of Total managers and some startups are directly working with Total, such as solar power storage company Sunverge whose products are sold by Total`s SunPower.

"Today our investments are not translated into big figures. We need much more than the return, we need to build value," he said.

For example the two-year-old Engie New Ventures fund`s investment of 3 million euros in Sigfox has allowed it to sell the French startup`s wireless network - which links energy-consuming devices in homes- to its customers.

Investor pressure
Investing in startups, especially at an early stage, is relatively cheap, compared with other investments energy companies make on a daily basis - such as infrastructure upgrades - allowing them to cover a large part of the startup scene.

The quest for the disruptive technologies of the future is not only driven by internal forces.

Companies are under growing pressure from shareholders to execute a strategy that leaves them fit for survival in a world where consumers dictate the market, enabled by technology.

Europe's 25 biggest energy companies lost as much as 23 percent of their market capitalisation between June 2015 and May 2016 mainly due to huge writedowns and weak energy prices, according to Capgemini.

Analysts at investment bank Macquarie said inflexible utilities would be the losers of the radical transformation happening in the sector.

"Investors will increasingly favour European utilities which have an exposure to the technologies that will reshape the utilities sector," they said.