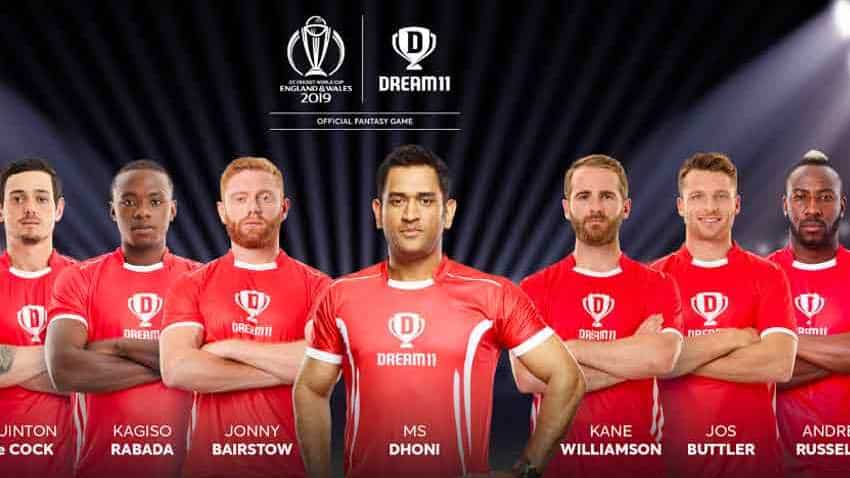 Dream11 will create engaging content featuring the cricketers that will help in amplifying the interest for upcoming fantasy cricket matches.

Dream 11, which is the exclusive ‘Official Fantasy Game Partner’ of ICC until 2023, has signed up with 16 cricketers in 2019, till date. The platform has also created the official Fantasy Game for the World Cup, ‘ICC Dream11’, which is accessible globally at icc.dream11.com. The ICC Dream11 winners will get an opportunity to win an all-expense paid trip to Australia to watch the ICC World T20 Finals in 2020.

Dream11 will create engaging content featuring the cricketers that will help in amplifying the interest for upcoming fantasy cricket matches. The player images will make an appearance in Dream11’s product and marketing material as well. Along with this, Dream11 has also launched three new ad films under its existing integrated marketing campaign ‘Ye Game Hai Mahaan’.

The campaign was initially launched during this IPL with 6 ad films. These films celebrate the Indian cricket fan’s love for cricket and also showcases how they come together to cheer for India.

Earlier this year, in an exclusive interview with Zee Business Online, Dream11CEO and Co-Founder, Harsh Jain had revealed company's plan to introduce an integrated marketing campaign during the World Cup. "As an Official Fantasy Sports partner of ICC, we have exclusive access to the content and player images that will help us in further leveraging/promoting the matches on our platform thereby increasing fan engagement by multifold," he had said.