For Indians, biryani turned out to be the most favorite dish to bid farewell to 2018. 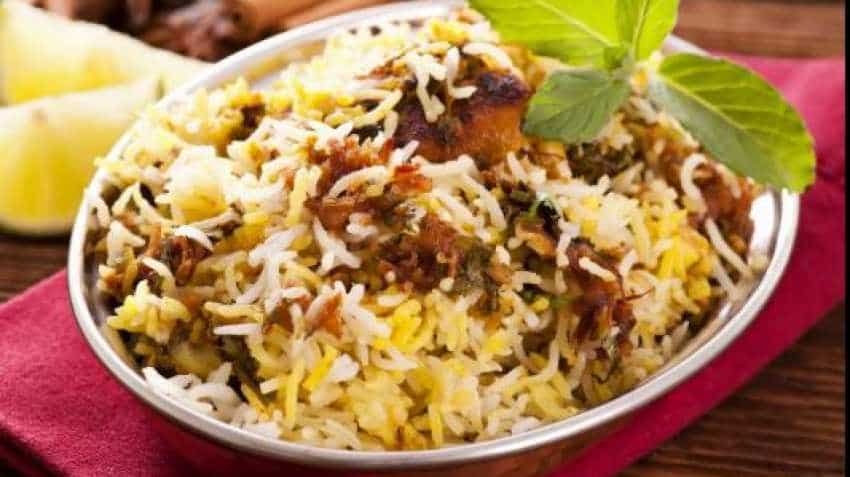 New Year comes with new exuberance and people across the world try every bit to make this big day special. No New Year eve party is complete without a delicious meal. For Indians, biryani turned out to be the most favorite dish to bid farewell to 2018. Food delivery start-up Foodpanda alone delivered over 20,000 units of biryanis to customers across India on December 31, 2018. Over 300 were delivered in the last 30 minutes leading to 2019, Foodpanda said. A customer from Mumbai ordered food 22 times on the food delivery platform, it said.

Customers from Hyderabad, Delhi NCR, Bengaluru, Mumbai and Vizag ordered food on Foodpanda app as they embark on a new year.

According to Foodpanda, foods that Indians love:

* Biryani, burgers, shakes and ice creams are the foods that Indians love to order.

* Idli and dosa are the favourite breakfast
* Momos, pasta, shakes and ice-creams are the most-ordered evening snacks

* Chicken Biryani is the favourite food for dinner

* Delhi NCR, Bangalore, Hyderabad and Mumbai are the cities from where most orders are placed

* Chicken Biryani is the most-ordered food in Hyderabad

* Tikkas and butter chicken are the most ordered food items in Delhi, however, an emerging new trend observed in Delhi/NCR was orders of Hakka Noodles with Chicken Tikka

* Milkshakes and burgers are ordered the most by Mumbaikars

* Vizag, Jaipur, and Bhubaneswar lead the race among the cities that placed the most orders

* Customers love to relish Rasgulla after their meal in Bhubaneswar

*   Dishes such as Chole Bhature, Rolls, Chicken Tikka were the comfort food of the northern region whereas Biryanis, Burgers and Salads were big hits in southern India, according to Foodpanda

*    The western parts craved for food items such as shakes, ice-cream, paav bhaaji and the eastern cities were binging on chicken biryani, rasgulla and ice-cream

Indians love to order the most between 8 pm and 9pm, the dinner time in India, it said.

Love ordering food? Why this should send you over the moon