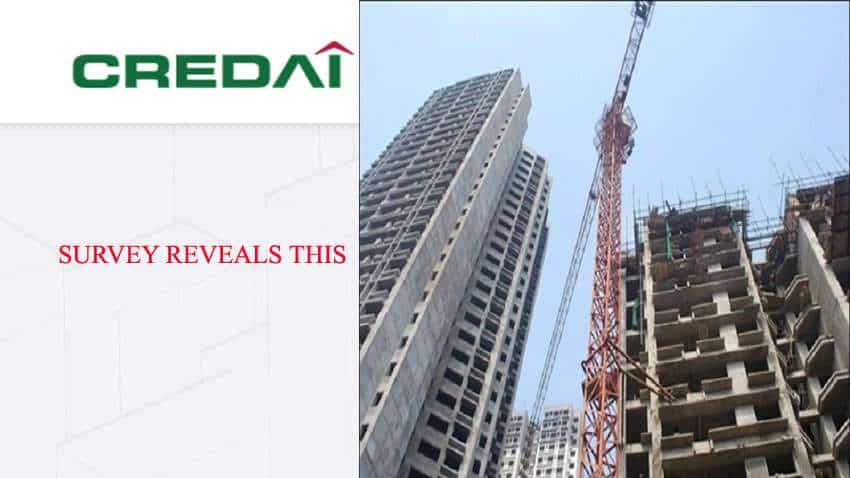 The industry body has made an appeal to the Government to reduce stamp duty to incentivise homebuyers to buy homes and to reconsider giving input tax credits
Written By: ZeeBiz WebTeam
Edited By: Prashant Singh
RELATED NEWS

Real Estate sector has been facing a tough time in the wake of the ongoing Coronavirus Pandemic. The problems of this sector have been acknowledged by the industry body CREDAI (Confederation of Real Estate Developer's Associations of India).

This was revealed in a survey conducted by CREDAI where over 4000 real estate developers admitted of facing the problems. An internal survey was conducted among 13,000 of its members to know the about current situation.

The survey was done between 24 may and 3 June.

The survey which was called ‘ÇREDAI National Research’ saw responses from over 4800 developers and the numbers which have come out are quite SHOCKING.

This is what has been revealed in the survey:

1-      In the second wave, around 92 per cent of the builders are facing labour shortages. Around 83 per cent of the construction sites are seeing 50 per cent lesser worker turnout.

2-      Around 88 per cent respondents were of the view that the prices of homes will increase as a result of this. The prices could go up by over 10 per cent, they said.

3-      Around 95 per cent respondents said that there are delays in completion of projects because of the Covid-19 and projects are certainly going to get delayed.

5-      Around 82 per cent respondents said that the project approvals are not in time.

6-      Around 77 per cent builders are finding it difficult to repay loans.

7-      Around 42 per cent of the respondents admitted to a 75 per cent decline in inquiry for homes.

8-      Around 69 pe cent respondents spoke about difficulties in getting loans and also problems being faced by customers in loan disbursements.

9-      90 per cent respondents said that more damage in second wave than in first wave.

The industry body has made an appeal to the Government to: