This festival season, along with your new motorbike or car, you will be able to buy insurance for five years for two-wheelers and two years for cars. However, it is yet to be seen whether this will be a comprehensive policy or only third-party insurance. 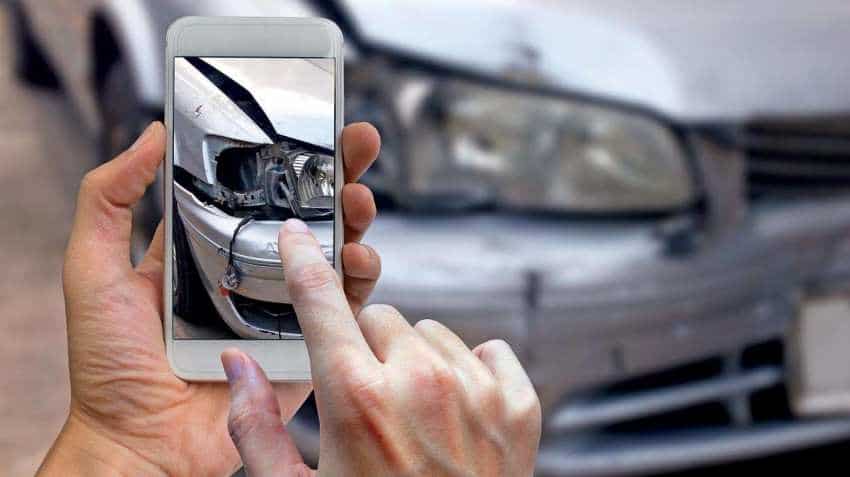 This festival season, along with your new motorbike or car, you will be able to buy insurance for five years for two-wheelers and two years for cars. Image source: DNA
Written By: Priya Nair
RELATED NEWS

This festival season, along with your new motorbike or car, you will be able to buy insurance for five years for two-wheelers and two years for cars. However, it is yet to be seen whether this will be a comprehensive policy or only third-party insurance.

Last week, a Supreme Court order made it mandatory for new two-wheelers to have five-year long third-party motor insurance, and two-year policy for new cars, from September.

A comprehensive motor insurance policy consists of two components. The own damage component pays for any damage to or theft of your own vehicle. The third-party premium, mandatory for every vehicle owner, covers damage to other people’s vehicle or property in the case of an accident and pays for the compensation for accident victims. The third party premium is fixed annually by the regulator.

Impact on customers and industry
The decision is a good one from policyholders’ perspective and vehicle penetration, said Anurag Rustogi, chief actuary and chief underwriting officer at HDFC Ergo General Insurance.

There could be two options. One would be to combine the own damage and third-party components and issue comprehensive five-and three-year policies. “This would be a good option for customers who can afford to pay the entire premium upfront. The benefits include guaranteed No Claim Bonus, no impact of price change and no hassle of renewing the policy every year,” Rustogi said.

For those who cannot afford to pay the entire premium upfront, the regulator may allow a separate own damage product. In this case, in the first year the customer would buy a long-term third-party product and one year comprehensive policy. From the second year onwards the customer can buy only the own damage component, since the third-party is already paid for, he added.

“In case of two-wheelers, 90% of the customers buy long-term three-year comprehensive policies. People take insurance in the first year itself, while registering the vehicle. It is a hassle-free situation for them,’’ he said.

Challenges in implementing the order
According to Animesh Das, head of product strategy from Acko General Insurance, while the move is a welcome one to improve compliance, the actual impact will depend on the execution. “For instance, the new car/bike insurance is forced on consumers at the at the time of purchase, at a higher cost than the price through some other channels. Today, consumers have an option to explore insurance from other channels like agents, online websites, etc, from the first renewal. But this order could force consumers to remain tied to the insurance sold by the dealerships,’’ he said.

Today, in case of two-wheelers, even though one, two and three years policies are available, customers have the flexibility to choose. They may not buy a long-term policy if they plan to sell their vehicle. With the new order, customers will have no option but to buy a five-year policy. These situations are to be addressed keeping policyholders interests in mind, Das added.

From the customer’s perspective, there will be stability in the price as they know what price they will be paying for next three of five years, unlike annual policies, said Sasikumar Adidamu, chief technical officer, Bajaj Allianz General Insurance. “However, one challenge is the renewal of this policy after completion of three or five years. Renewals are a challenge because of lack of awareness amongst customers, especially two-wheeler buyers. We need to increase awareness so that they continue to be covered even after completion of three or five years. Secondly, the pricing of a long-term product is challenging compared to an annual product, since inflation needs to considered.”

Premium rates
Ideally, with the longer-term policy, customers should get some incentive for paying the entire premium upfront, as it saves administration cost for the insurer and also offers a potential of investment income for five years.

“Some incentive in the form of lower premium or discounts should be passed on to customers. Since third-party premiums is tariffed (fixed by the regulator), the regulator will have to issue guidelines. We expect the regulator to come up with some decision within the next one week to 10 days since companies need time to file for products and they have to be approved before September,’’ said Sahni.

Third-party premiums are notified by the Insurance Regulatory and Development Authority of India (Irdai) to all insurers. In order to arrive at the third-party premium rates for a subsequent year, the regulator takes into account gross premiums and claims paid data for the previous years.

“Now with the policy being for a longer period of time, Irdai will take into consideration this new factor while arriving at premium rates. And the regulator may be able to offer cheaper premiums on the same. This will effectively result in considerable savings for the end user. Currently, Irdai does not allow discounting on third-party premium. Hence, third party premium for long-term policy is calculated as Multiple on third-party premium and tenure of long-term policy,’’ said Devendra Rane, founder and CTO, Coverfox.