Wow! This section of Indian Railways to give you flight-like experience on the land 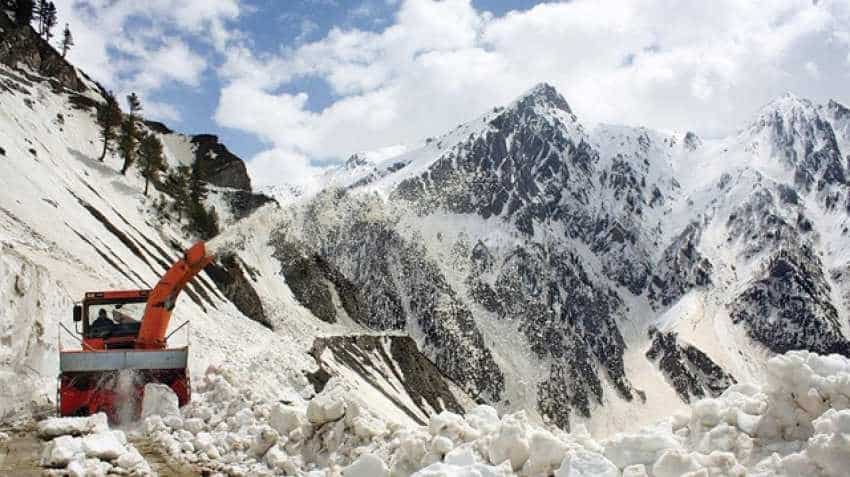 Bilaspur-Manali-Leh Railway Line: If all goes well, you may get to experience a flight-like experience onboard this train, literally! Indian Railways has planned to use aircraft-like pressurized coaches in its trains for the Bilaspur-Manali-Leh line along the India-China border. Upon completion, this will be the world's highest rail track. The Railways plans to use aircraft-like pressurized coaches so that passengers do not have breathing difficulties on board, according to a report by news agency PTI.

Notably, aircraft cabins are pressurized because the air is very thin at the altitude planes fly. In order to avoid complications, cabins of many aircraft are adjusted to near sea-level pressure, which makes breathing almost the same as at sea level. The 465-km strategically significant Bilaspur-Manali-Leh rail line will be a height of 5,360 metres above the sea level. The project would cost Rs 83,360 crore and see the Indian Railways' first pressurized coaches. Such coaches are currently being used only in the Quinghay-Tibet Railway Line in China.

"Special pressurised rolling stock to deal with lack of oxygen will have to be used in these trains as passengers might feel uneasy because of the high altitude. These will be like the pressurised cabins used by aircraft to maintain the oxygen levels inside," Chief Engineer (Construction), Northern Railway, D R Gupta said.

The Chinese coaches are manufactured by Canada's Bombardier Inc, which also makes small planes. These are specially designed to carry passengers in an oxygen-deficient atmosphere. For this,the train cars are pressurised to ensure that all of the passengers do not finish their journey with severe cases of altitude sickness.

Gupta said that in the Tibet train, two kinds of systems are used to maintain oxygen levels. First, through the main controls which maintains standard oxygen levels and gets switched on at high altitude areas. Second, the other is through oxygen ports equipped for each passenger to use when they feel that they lack oxygen.

There is however not information on whether these coaches will be produced in India or they will be brought from outside. The Integrated Coach Factory is upgrading itself to produce both metro coaches as well as coaches for the Ahmedabad-Mumbai bullet train. It cab be roped in to make coaches for the Bilaspur-Manali-Leh line as well, said an official.

Bilaspur-Manali-Leh Railway Line will connect several important locations between Bilaspur and Leh like Sundernagar, Mandi, Manali, Keylong, Koksar, Darcha, Upshi and Karu and other important towns of Himachal Pradesh and Jammu & Kashmir. The line from Bilaspur will be further connected to Bhanupali between Anandpur Sahib and Nangal Dam. The Proposed alignment passes through the Shivalik, Great Himalayan & Zanskar Ranges, areas with wide variation in height (600m to 5300 m above MSL) and Seismic zone IV and V. 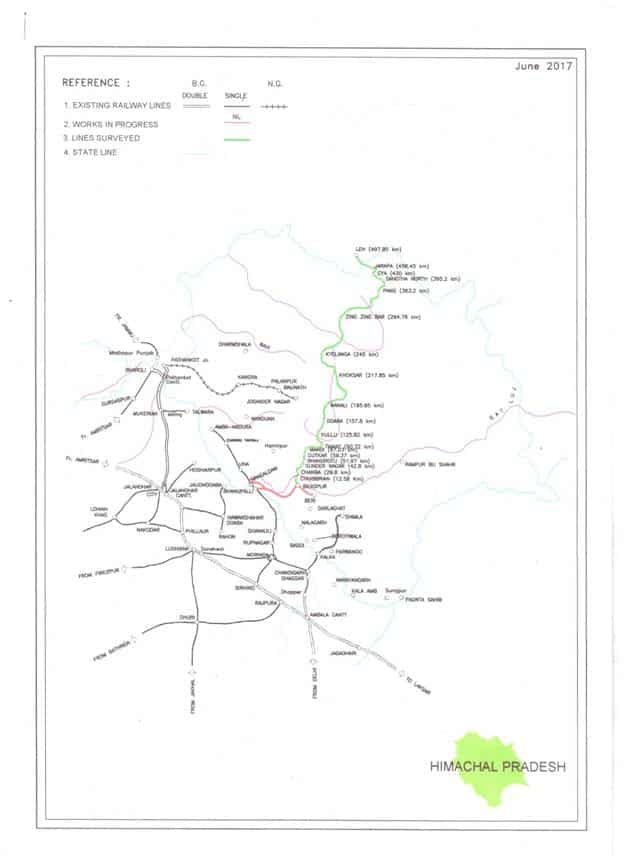 The project will include 74 tunnels, 124 major bridges and 396 minor bridges, as per the first phase of the survey. Final location survey for the project is currently underway. Then Minister for Railways Suresh Prabhu had laid the foundation stone for the Final Location Survey of Bilaspur-Manali-Leh New Broad Gauge Line, at Leh on 27th June 2017.

Leh is the most important town in Ladakh region of J&K State with approximately 1.5 lakh population. It has a high footfall of Indian & Foreign tourists each year. Leh is also the second largest district in the country with elaborate Army Establishments and is the Headquarter of 14 corps. The region being a cold desert, the temperature during the winter months (Oct-Mar) plummets down to well below freezing point. The road connectivity to this area gets cut off from other parts of country due to heavy snowfall.The railways will this provide all weather connectivity both for strategic as well as socio-economic needs.

The Final Location Survey is expected to be completed by March 2019 with an approximate cost of 157 crores.