Every exporter, manufacturer, retailer, businesses needs to file GSTR, which is a return document containing details of income of a taxpayer. 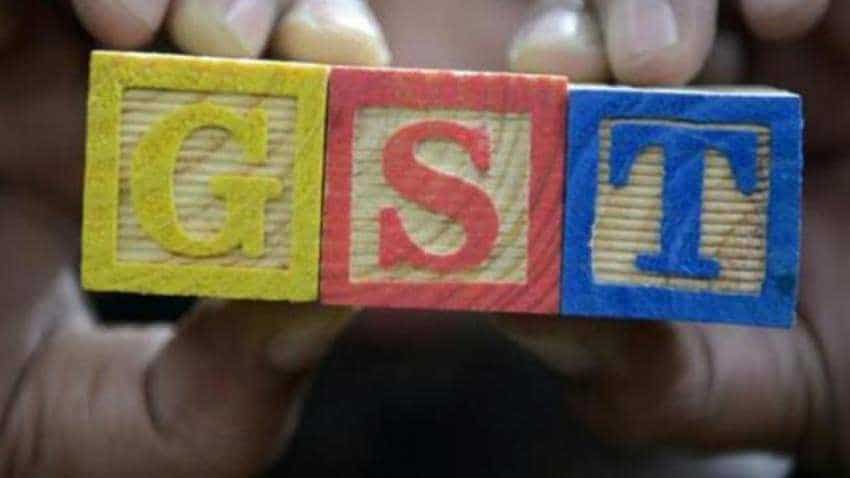 Unlike ITR, GSTR has various scheduled dates for filing in a year and has much more complicated forms. Photo: PTI

GST Returns Filing: The Goods and Services Tax (GST) has been among the major success of Prime Minister Narendra Modi's regime in India. GST since inception from July 2017, asks all registered businesses to file monthly, quarterly and annually returns based on their operations. The filing of GSTR is similar to like Income Tax Return (ITR) filing, and every exporter, manufacturer, retailer, businesses needs to file GSTR, which is a return document containing details of income of a taxpayer. These details include purchases, sales, output GST and input tax credit. However, unlike ITR, GSTR has various scheduled dates for filing in a year and has much more complicated forms. Thereby, the chances of error in GSTR forms are higher. But the real question is, can we correct the error in GSTR filing.

Archit Gupta, Founder & CEO ClearTax said, "GST returns once filed cannot be revised. However, amendments to such details are still allowed in the subsequent returns but with a deadline for every financial year(FY)! You may be relieved to learn that the Government has extended this deadline to make corrections to FY 2017-18 data, whether or not reported in GST returns before. "

Gupta adds, " With the financial year 2017-18 being the first year of GST compliance, businesses, especially those with little or no technology support have faced challenges. Compliance was tricky on several occasions, more so with the GST act itself undergoing several changes."

According to Gupta, taxpayers  were concerned about missing out on ITC credit in genuine cases, or situations where the supplier could not file timely GST returns. The extension of annual return filing was two fold in two cases:

For those who missed the GSTR-3B deadline for September 2018, more time was given to claim the input tax credit(ITC) of FY 2017-18 or fix cases of excess claims in Table 4 of GSTR-3B, if any. Those who made mistakes or omissions while declaring the invoices or credit/debit notes(CDN) of FY 2017-18 in GSTR-1 or GSTR-4 filed up to September 2018, get time to correct them. This is possible through amendments in GSTR-1 or GSTR-4, via a separate table to show these changes.

Thus, can you correct an error in GSTR? Let's find out, as per ClearTax.

The extension was notified by the issue of an order that postpones the earlier deadline in the GST Act. The Act originally stated that the ITC for a financial year could be claimed or corrections through amendments can be made only up to the due date of GSTR-3B for September month following the end of that financial year or the due date of annual return, whichever is filed first.

However, the format of annual return does not allow fresh ITC claim, and technically GSTR-3B was the only option to claim ITC for FY 2017-18.

Also, changes to last year’s invoice details in GSTR-1 can be made by the 11th of April 2019 for March 2019 month. GST portal has also re-enabled selection of FY 2017-18 to allow amendments to B2B invoices for GSTR-1 starting from January 2019.

But, this ITC will be admissible only where the supplier has uploaded such invoices in corresponding GSTR-1. Where the supplier has not complied, then legitimate claims may not be allowed. So, the buyer may have to approach such defaulting supplier to press him to upload the invoices, which may involve hardships in getting compliance done smoothly.

However, once the compliance from both supplier and recipient’s end is complete,  ITC claim will be reflected in the financial year ( 2017-18 or 2018-19) depending upon the month in which the GSTR-2A reflects such invoice uploaded by the supplier. The monthly GSTR-2A of a buyer auto-populates details of sales invoices from GSTR-1s filed by all corresponding suppliers.

If the supplier had reported an invoice dated 7th Jan 2018 in GSTR-1 of January 2018 but the buyer hasn’t claimed the ITC on that till filing of GSTR-3B for September 2018, now is the time to fix that while filing GSTR-3B. Once reported, you must note that this will form part of GSTR-9 of FY 2017-18. For another instance, if supplier now uploads such invoice in the GSTR-1 for February 2019, it will reflect in GSTR-2A of February 2019. Accordingly, the buyer can claim this in February 2019 and it will form part of the annual return for the next year in FY 2018-19 and not FY 2017-18.

So, a taxpayer who must have by now closed the books of accounts of the last year and filed income tax returns, may not have to worry on losing out the ITC that wasn’t claimed last year. They can go ahead and declare it in the any of the months for filing GSTR-3B up to March 2019 and get an assured claim in the following months. Identifying such missed credits or errors from among a huge volume of data can be a humongous task. But, use of the smart data analysis tools can come to rescue. Also, this warrants more checks and balances to ensure credits in future can be claimed timely.