When was the last time you got a Rs 2000 note from bank ATMs? Some of you may have forgotten, some lucky ones are still getting them 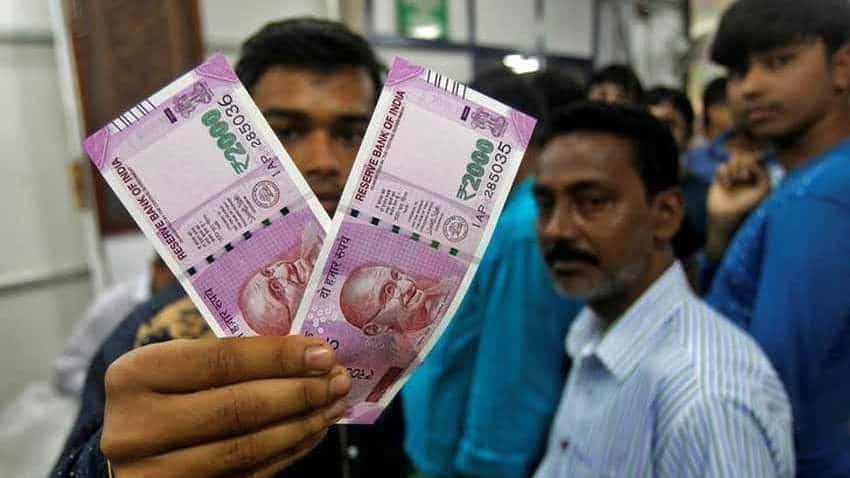 When was the last time you got a Rs 2000 note from bank ATMs? Some of you may have forgotten, some lucky ones are still getting them. Reports now suggest that the high-value currency note may even stop from being in circulation in the coming months. You may not get Rs 2000 notes from bank ATMs after the next few months. This situation has come up because of decrease in supply of Rs 2000 notes from the Reserve Bank of India, says a media report.

According to a report by Hindi Daily Prabhat Khabar, several top banks have started report Rs 2000 note cassetes from ATMs. The report claimed that people are able to get Rs 2000 notes only at ATMs run by banks. It quoted officials as saying that politicans have started hoarding Rs 2000 notes ahead of elections next year. This is why the number Rs 2000 notes in circulation has gone down.

Sources at Patna Reserve Bank told the Hindi daily that Rs 2000 notes are not being supplied to banks' curency chest in the last two-three months. The decline in supply of Rs 2000 notes is being seen as the reason behind this. As per the RBI sources, quoted in the report, Rs 2000 notes are being printed in less quantity and the central bank is giving full attention to Rs 200 notes.

Rs 2000 notes are losing popularity within two years of coming into circulation. Several banks have put a large amount of bank notes in "non-issuable category.

As per the report by the daily, SBI has even started remving the Rs 2000 casettes from ATMs. Around 50% SBI ATMs have already been modified.

Early this week, a report by Hindi daily Amar Ujala said that several new notes with high security features are becoming "unusable" within two years after introduction ost demonetisation. The report said that the notes are becomg unusable becase the paper quality of the notes is not good as compared to the earlier ones. Not just Rs 2000 and Rs 500, Rs 10 notes issued this year are also becoming 'unusable".

The report of Rs 2000 beeing seen less is not surprising, specially when considering the fact that a State Bank of India (SBI) research had said last hear that RBI might had been holding Rs 2000 notes or stopped printing them. The SBI Ecoflash report report had said in December 2017, "As a logical corollary, as 2000 denomination currency led to challenges in transactions, it thus indeed seems that RBI may have either consciously stopped printing the 2000 denomination notes/or printing in smaller numbers after initially it was printed in ample amount to normalise the liquidity situation."