Here are some other important details you should know:- 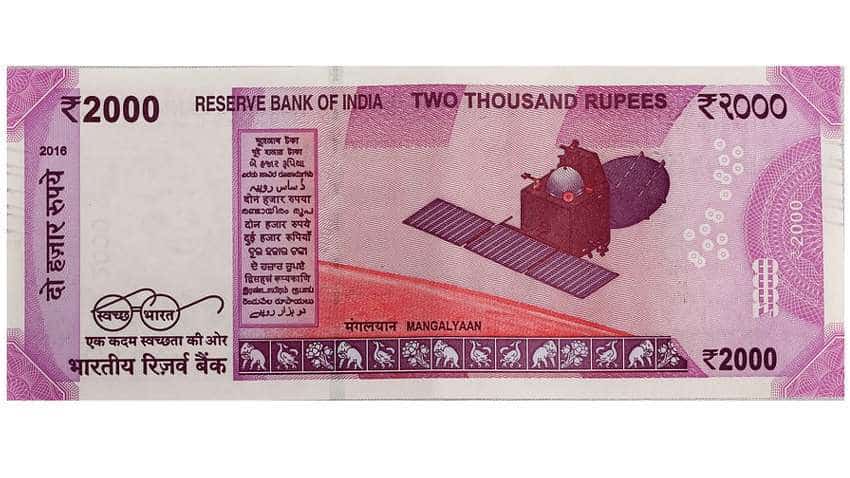 It is important to note that Rs 2000 notes are NOT BANNED! Pixabay photo
Written By: Prashant Singh
Edited By: Harish Dugh
RELATED NEWS

A number of unconfirmed reports and rumours related to Rs 2000 notes are creating a huge buzz in the market. Question being asked is - are Rs 2000 currency notes banned or not? So, here is some clarity on the matter of Rs 2000 notes. Most of the banks now are removing Rs 2000 notes from their ATMs. In the period of past 1 month, many banks have stopped putting Rs 2000 notes in their ATMs. Here are some other important details you should know:-

- Rs 2000 notes are being used in transactions of heavy amounts

- Rs 500 notes will be increased in bank ATMs

Earlier, Chennai-based Indian Bank has decided to load more of 200 rupee notes and stop loading and dispensing Rs 2,000 notes in its ATMs as a customer friendly move, as per a report by news agency IANS.

"After withdrawing cash from ATMs customers come into the bank branches to exchange Rs 2,000 notes for smaller denomination currency notes. In order to avoid that we have decided to stop loading of Rs 2,000 denomination notes in ATMs with immediate effect," the Indian Bank official said.

Indian Bank will load Rs 200 denomination notes instead of Rs 2,000 in the currency cassettes. According to the bank, the 2,000 currency notes left in ATMs after March 1 will be taken out.

When queried about Allahabad Bank ATMs, the Indian Bank official said the decision would be taken after the former was merged with the latter. However, the Indian Bank's move is not followed by other public and private sector banks.

"We have no instruction or information from our customer private banks to stop loading Rs 2,000 notes into ATMs," V. Balasubramanian, President, Financial Software and Systems (FSS), told IANS. The company manages the ATM network of several banks in the country.

Balasubramanian said the merger of banks may reduce the number of ATMs in major cities and tier III and IV will see installation of such machines. He said banks are also opening new branches and each branch will have an on-site ATM. According to Balasubramanian, State Bank of India (SBI) has come out with a Request for Proposal (RFP) for good number of ATMs.