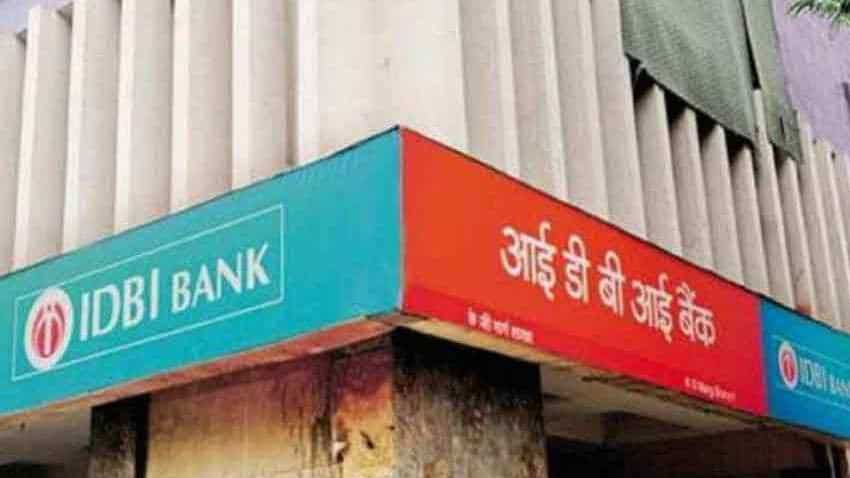 The cut came one day after state-run Oriental Bank of Commerce had decided to pass on similar benefits to its customers. Source - PTI.

In another good news for customers, Life Insurance Corporation of India (LIC)-owned IDBI Bank Wednesday reduced its marginal cost of funds based lending rate (MCLR) by 5-10 basis points across various tenors, with immediate effect. The cut came one day after state-run Oriental Bank of Commerce had decided to pass on similar benefits to its customers. Meanwhile, IDBI has reduced its one-year MCLR or the minimum lending rate to 8.95 per cent. New overnight, one-month, six-month rates are 7.90 per cent, 8.15 per cent and 8.60 per cent respectively, the bank said in a release.

All these rate cuts came after the second bi-monthly monetary policy review of June 6, after which the Reserve Bank of India (RBI) had reduced repo rate by 25 basis points to 5.75 per cent. This was the third consecutive repo rate cut by RBI, with cumulative reduction of 75 basis points in 2019, so far.  The one-year MCLR is the benchmark against which most customer loans such as auto, personal and home loans are priced.

Meanwhile, PK Gupta, Managing Director, State Bank of India told Zee Business TV, "Till date, we were receiving complaints saying why the banks don’t change their lending rates whenever the policy rate is changed. In response to it, the bank, earlier, linked some saving bank accounts with the repo rate. Now, we are bringing a new product under which home loan rate will be linked with the repo rate, this means that any change in the repo rate by the central bank would be passed on directly to the home loan rate."

He said that this facility will be offered only to individuals whose annual income is more than Rs 6 lakhs. Gupta added that SBI is also providing an extended loan repayment period to its customers in which the customer will have to go for the repayment of up to 3 per cent annually.

IDBI Bank share price slumps 5% intraday as it reacts to divestment update; why this insurance stock may have advantage?