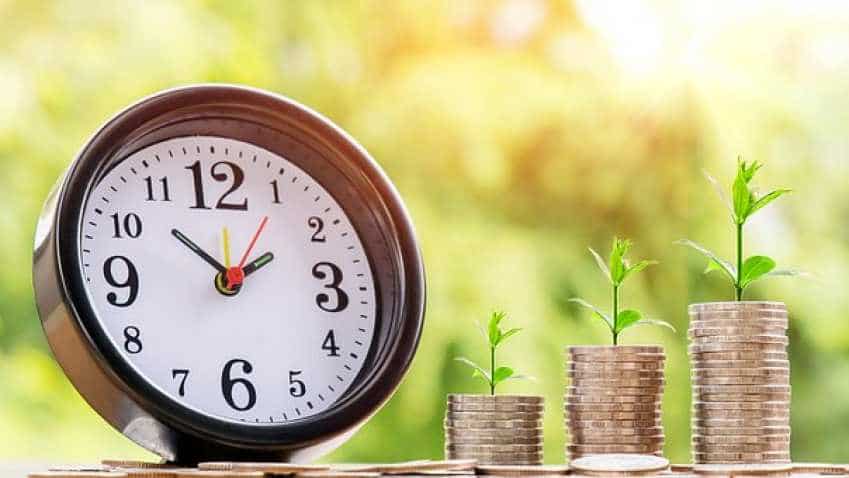 On Wednesday, the State Bank of India raised the interest rates on fixed deposits by up to 10 basis points. Image: PIxabay
Written By: ZeeBiz WebTeam
RELATED NEWS

It's not just Ujjivan IPO that is attractive, it's Fixed Deposit Rates are high too! Check now

Latest Fixed Deposit interest rates: Leading lenders State Bank of India (SBI) and Axis Bank have recently revised their Fixed Deposit rates recently. These revisions come after a series of FD rate hikes announced be several banks over the last few months. It is expected that the FD rates may go up further in the coming months. A report by The Economics Times said on Friday that the banks may further hike FD rates as they need more funds for lending.

On Wednesday, the State Bank of India raised the interest rates on fixed deposits by up to 10 basis points or 0.10 per cent to 6.80 per cent on select maturities. The new rates ranging from 5 to 10 bps are applicable for deposits below Rs 1 crore and are effective immediately, the bank said. The public lender has raised rates for tenures of 1-3 years only. For fixed deposits maturing in one to less than two years, SBI has revised its rate to 6.80 per cent from 6.70 percent earlier. For senior citizens, the new rate for the same maturity has been increased to 7.30 from 7.20 per cent. For deposits maturing in two to less than three years, the rate has been increased to 6.80 per cent from 6.75 percent.

Senior citizens will get a rate of 7.30 per cent as against 7.25 per cent on deposits with tenor of two to less than three years. The lender has kept deposits rates unchanged for other maturities. It is offering a deposit rate of 6.80 per cent for tenure three years to less than five years. 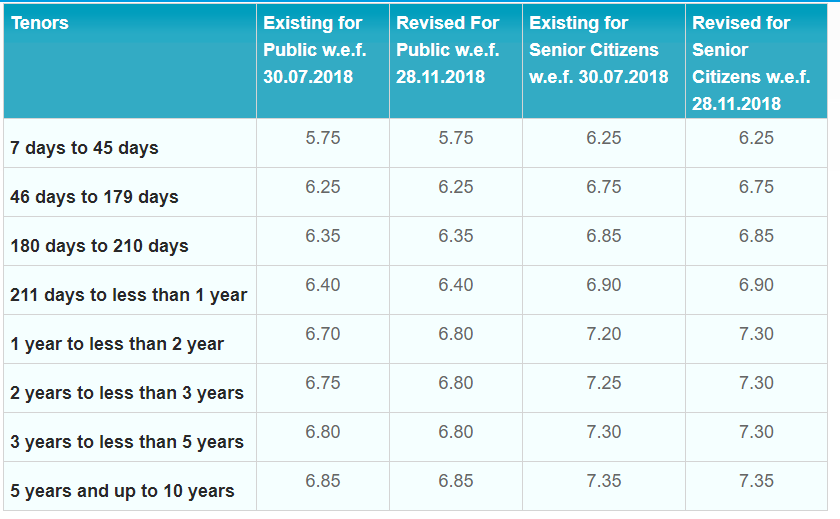 The Axis Bank has also revised FD rates with effect from December 1, 2018. The revised rates are applicable to various tenors for domest FDs.

The rate hike announced by SBI followed an increase in deposit rates by HDFC Bank by up to 0.5 per cent. Earlier, ICICI Bank had increased FD rates by up to 0.25 per cent on select maturities.

It's not just Ujjivan IPO that is attractive, it's Fixed Deposit Rates are high too! Check now