Who doesn't want to own a diamond or diamond jewellery? It's a desire of all and a dream for many. However, in coming years, cheaper diamonds are coming to the market near you. 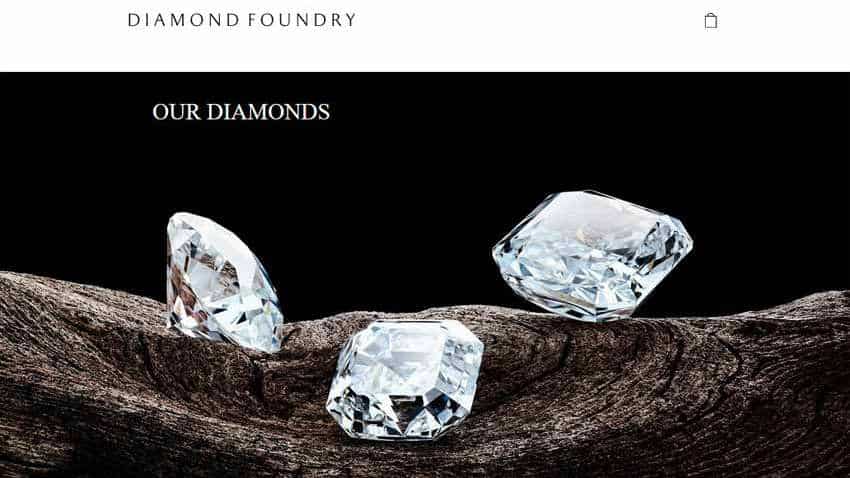 The company has already started selling these diamonds in the market and soon, it may start exporting to the world.
Written By: ZeeBiz WebTeam
RELATED NEWS

Valentine's Day special: Diamond or gold? This gift will leave a lasting impression on your loved one

Good news for people who love to wear or own diamond or diamond jewelry. Till now, the diamond used to be mined. Now a San Francisco-based company has developed an artificial diamond in laboratory. These diamonds are just like the original diamonds. The difference is that while the former is being prepared in labs, the latter is mined from the earth. What is more interesting is that these diamonds are quite cheaper and are available for $800 (around Rs 56,000) a carat while those mined are being sold for $1000 to $20000 (around Rs 70,000 to Rs 1400900) a carat.

What is Artificial Diamond?
A startup firm Diamond Foundry has developed an artificial way to prepare cheaper diamond. The artificially prepared diamonds are just like the original one in all perspectives. They have the same optical, chemical, thermal, and physical features. "Just like ice from a freezer is as real as ice from a winter street, a diamond is a diamond regardless of origin," reads a quote on the Diamond Foundry website.

How are they prepared?
The artificial diamonds are prepared in a foundry. The founding team of the startup includes engineers from M.I.T., Stanford, and Princeton.

"They had a hunch that techniques used to harness the energy of the Sun could also be used to make a better diamond, atom by atom. We coded software to run tens of thousands of physics-based simulations. We built novel plasma reactors. Then, we formed plasma as hot as the outer layer of the sun. Most of our early experiments failed. But after years of the refinery of craftsmanship, we were able to create the conditions in which nature forms diamond on its own," read a description on the website.

Can they be prepared in India?
"It depends. Above ground diamonds can be produced in India with inefficient technology and coal-fired power -- and thus may well have a larger carbon footprint than a mined diamond," read a line on the website.

The technique that the Diamond Foundry uses has reduced the carbon footprint to zero by using renewable energy. They claim to have produced the world’s first and only carbon neutral diamonds.

Why is lab diamond cheaper?
Diamond mining involves the use of machines, labour and various other equipment. It also requires a lot of preparation and efforts. The cost also depends on the cut and shine of the stone. These increase the input costs, thus, leading to a high output cost. Also, diamond mining has an adverse impact on the environment as well.

Therefore, the artificial diamond prepared in the lab is cheaper despite being original.

The company has already started selling these diamonds in the market and soon, it may start exporting to the world.

Should you buy?
Of course! These diamonds are not only as good as original but also cheaper and have no adverse impact on the environment. Soon, these may be available at jewellery shops near you.

Valentine's Day special: Diamond or gold? This gift will leave a lasting impression on your loved one