Have a car? Beware! You have a very big reason to worry

The  rise in premium is following the increase in the amount of the CPA  cover from Rs 1 lakh for two-wheelers and Rs 2 lakh for four-wheelers to  Rs 15 lakh for both. The Insurance Regulatory and Development Authority  of India (Irdai) issued a circular on September 20 to this effect. 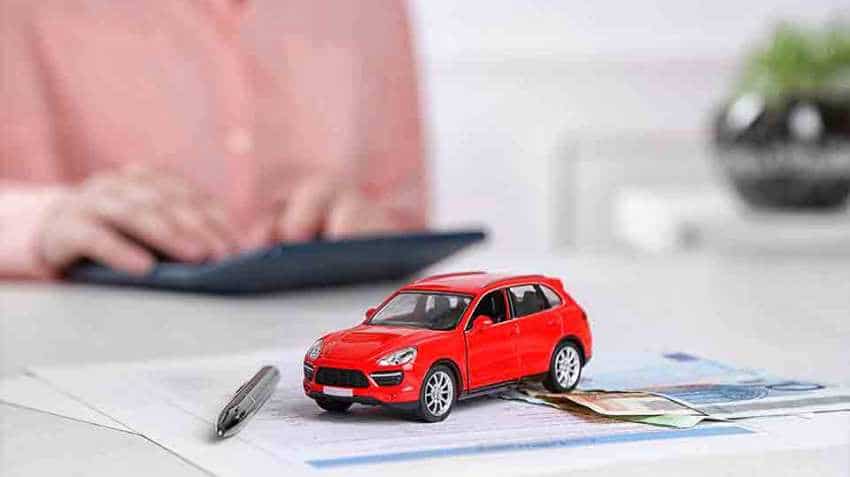 Owners of private vehicles, two- and four-wheelers, will have to shell out more for their motor insurance premium while renewing their existing policy or buying a new vehicle. Representational; Image source: Reuters
Written By: Priya Nair
RELATED NEWS

Owners of private vehicles, two- and four-wheelers, will have to shell  out more for their motor insurance premium while renewing their existing  policy or buying a new vehicle. This is because the premium for the  compulsory personal accident (CPA) cover component of motor insurance  will increase to Rs 750 per annum, with immediate effect. This premium  is currently Rs 50 for two-wheelers and Rs 100 for four-wheelers.

The  rise in premium is following the increase in the amount of the CPA  cover from Rs 1 lakh for two-wheelers and Rs 2 lakh for four-wheelers to  Rs 15 lakh for both. The Insurance Regulatory and Development Authority  of India (Irdai) issued a circular on September 20 to this effect.

Insurers  can start issuing revised policies with immediate effect and will  have to file for these covers under File and Use Guidelines on or before  October 25, as per Irdai’s circular.

“A minimum Capital Sum Insured  (CSI) of Rs 15,00,000 shall be provided under CPA cover for owner-driver  under liability only, under Section III of package policies to all  classes of vehicles and bundled covers wherever applicable at the  premium rate of Rs 750 per annum for the annual policy. This rate will  be valid until further notice,” said Irdai.

What is compulsory accident cover?
“The  provision of compulsory personal accident cover for owner-drivers was  introduced in 2002, when motor tariffs were extensively revised. This was charged compulsory for vehicles registered in the name of an  individual. This cover has now been revised to Rs 15 lakh, which is a  good amount considering the risk exposure of people driving bikes and  cars,’’ said Puneet Sahni, head-product development of SBI General Insurance. 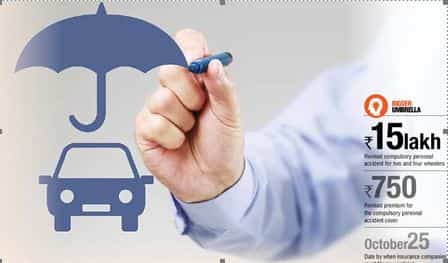 The  regulator also said that companies could also offer a higher sum assured  under CPA for higher premium, in multiples of Rs 1 lakh or Rs 5 lakh. Some insurance companies already offer this option to customers, through  add-on covers, SBI being one of them.

“Prior to this circular we  were offering enhanced personal accident cover as an add-on cover from  Rs 2 lakh to Rs 50 lakh. Now it would be beyond Rs 15 lakh and up to Rs  50 lakh. Quite a few people used to take it. Generally people used to  take it till Rs 10 lakh,’’ Sahni said.

Tapan Singhel, MD & CEO,  Bajaj Allianz General Insurance said: “This move is a step in the right direction. It is vital to have an appropriate personal accident cover  since it provides the much needed financial support to policyholders and their family members if the policyholder is disabled or succumbs to injury due to  an accident. This will address the issue of under insurance to some  extent.”

In case of an accident, the policy covers the owner-driver,  even if the owner is not the one driving and is sitting in the  passenger seat.  The sum assured will be paid out in case of disability or  death, said Tarun Mathur, chief business  officer-general insurance, Policybazaar.com. “Normally when customers buy  car insurance, their focus is towards the car. And if you buy only third party insurance, the CPA cover is available with it  mandatorily, which is why people don’t bother about it," Mathur added.

Is this enough?
“The CPA cover  bundled in the motor cover is a restrictive cover, in the sense that it  is only operative whilst you are alighting on to the vehicle, or off the vehicle or whilst in the vehicle. It is not a 24-hour cover. So a separate personal accident cover is required,’’ Sahni said.

Mathur  agreed that instead of buying additional CPA cover, customers should  opt for a separate term life or personal accident cover, because the usage of the CPA cover is limited. “You would want to be covered for all kinds of accidents and not just car accidents,’’ he said.

Will the cost will go up?
Customers  will now have to buy the CPA cover for longer term, three years for  four-wheelers and five years for two-wheelers, along with the mandatory  long-term third-party cover. This will push up the overall cost.
Sahni said, “It is true that overall cost will go up, but the policy secures the customer in case of an  unfortunate accident. Customers are not aware that  accidents can be a big risk.”

In fact, according to Sahni, premium rates could be lower than Rs 750 as mandated by Irdai. “Premium icing could decrease if  companies pass on the cost to customers. Since I am insuring a customer for  three years, I am saving administrative costs and may pass on the savings to the customer,’’ he said.

Mathur said, “With premium  rising to Rs 750 it will make a difference to customers. Plus, the compulsory component for new insurance policies has moved to three years for cars and five years for two-wheelers. You club this and it is a 4X effect  on the total amount of premium. Now insurance will become something customer has to think about or get it financed.”