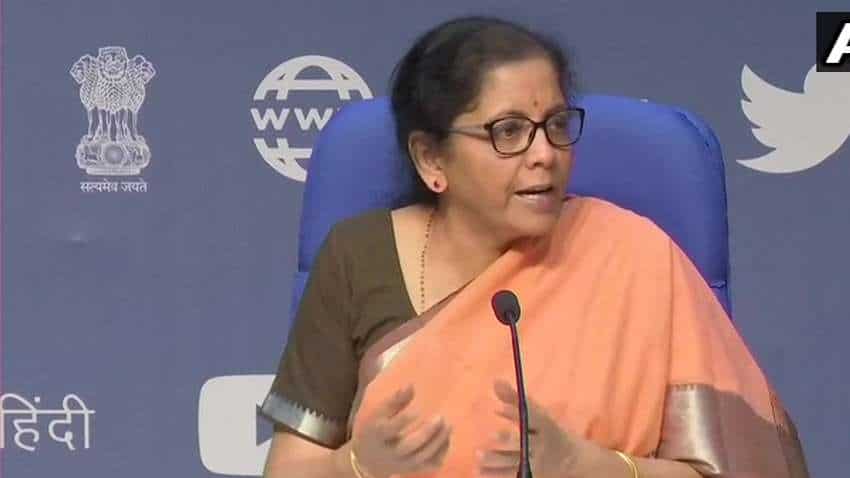 Finance Minister Nirmala Sitharaman on Thursday afternoon announced a massive relief package for people amid the nationwide lockdown. The workers covered under MGNREGA will get increased wage, said the finance minister, adding that the move will benefit about 5 crore families in India. An increase of Rs 2000 per worker has been announced by the government.

“Wage increase in MGNREGA- 5 crore families benefited, an increase of Rs 2000 per worker on average as additional income,” the finance minister announced.

Apart from this, 8.69 crore farmers will get immediate benefit through Direct cash transfers. “Installment of Rs 2000 in the first week of April will be transferred,” Finance Minister Nirmala Sitharaman announced. She said that government will also pay entire provident fund contribution for employees towards EPFO for the next three months for those establishments that have up to 100 employees and 90% of those draw less than Rs 15,000 per month.

Announcements were also made for medical workers who are the forefront of the battle against coronavirus. The finance minister said that all these people will get Rs 50 lakh insurance cover each.

“There will be Rs 50 lakh insurance per health care worker as a medical insurance cover for them for three months. Hopefully, we would be able to contain the virus in this period,” she said.

"In response to COVID-19, India has announced a holistic package for poor people. An average poor household will receive an additional benefit of INR 6800 under PDS, Ujjwala and Jan-dhan over the next three months. Advance payment of PM-KISAN instalment and ex-gratia on pension (old age, widow and disabled) can increase this to INR 9800 per household, assuming that a household is eligible for all these schemes. Given the importance of social distancing, home delivery of ration (under PDS) and LPG is the best option but it will need significant ramp up of last mile delivery infrastructure. Local administration has to step up to face this challenge. Penetration of digital payments among poor households is very low so people may start flocking at the banks and business correspondents (BCs) to withdraw money, which will defeat the whole purpose. Home delivery of money though BCs and bank officials needs to be mandated,” Mitul Thapliyal, Partner, MSC said.