Gold Price outlook: This is what will make rates jump - EXPLAINED in brief 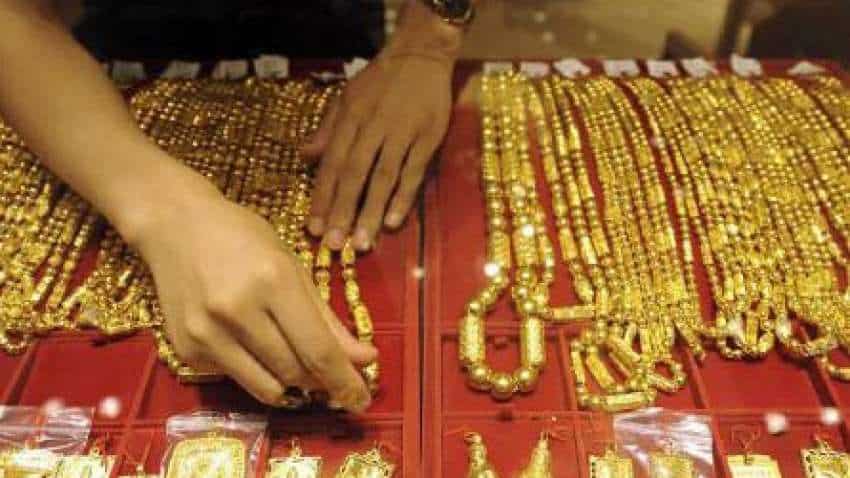 Physical demand in the domestic markets has got some traction as investors are seen taking advantage of lower prices: Reuters
Reported By: ZeeBiz WebTeam
Written By: Rahul Kamdar
Edited By: Harish Dugh
RELATED NEWS

Sugandha Sachdeva, VP-Metals, Energy & Currency Research at Religare Broking says that Gold prices are having a bumpy ride since the beginning of 2021, where the precious metal has not been able to enthuse the interest of investors. It has been a rare quarter for gold prices where the precious metal is about to settle in red after a streak of nine positive quarters. After the splendid performance of 2020, the yellow metal is losing its shine as funds are chasing the greenback which has risen to three- month highs amid prospects of a sooner than expected economic rebound from the Covid-led crisis.

Also, the US 10-year Treasury yields have surged to one-year highs, which are weighing on the metal’s investment appeal. On the geopolitical front, Turkey's decision to replace its hawkish central bank head unnerved investors, and led investors towards the safety of the US dollar, while Lira witnessed significant selling pressure amid the shock upheaval. Alongside, North Korea fired two cruise missiles off the west coast over the weekend, marking its first missile test in about a year. However, gold prices have remained listless on the news.

Nonetheless, prices are still underpinned as the Fed has reiterated its accommodative monetary policy stance, which is likely to encourage bargain buying on lower levels. Physical demand in the domestic markets has got some traction as investors are seen taking advantage of lower prices, but citing rising Covid-19 cases in the country, demand could get impacted as restrictions could be imposed in some regions to avoid a second wave sort of situation.

Though fundamentals don't look quite promising in the near term, renewed lockdown measures across Europe and rising coronavirus cases in other regions could ignite safe haven buying in the precious metal. Also, amid massive stimulus measures being rolled out- inflation worries are palpable, which could be the key theme supporting gold prices going forward. Besides, the Indian rupee which has been appreciating is showing signs of reversal, facing a stiff hurdle at 72.20 mark, which could also support domestic gold prices.

In terms of the price outlook, the precious metal is currently in a consolidation phase, still holding well above the key base at the $1680 per ounce mark and looking set to recover, but scaling past the key hurdle zone of $1765-1780 per ounce remains a challenge going forward. Only a convincing close above the said resistance area would pave the way for upwards momentum in prices.