The country may face  massive  cash crunch like post  demonetisation  period as half of India's ATMs could shut down by March 2019. 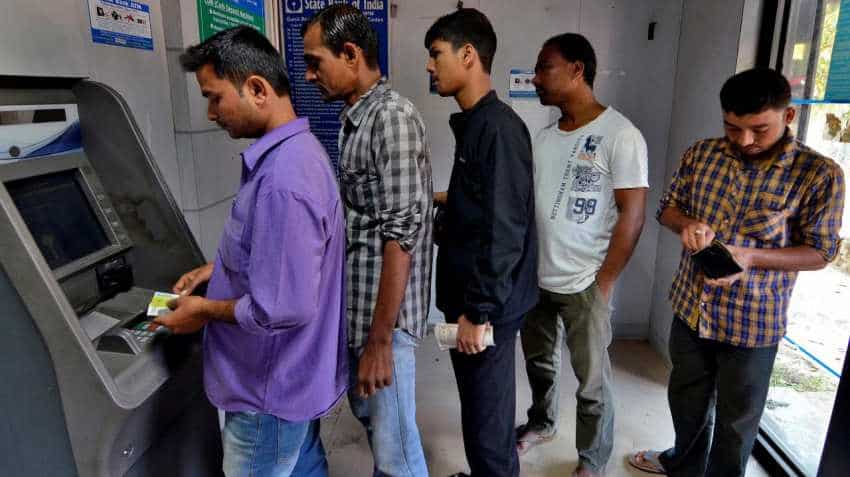 CATMi said the WLAOs have accumulated losses and the compliance costs can result in over 15,000 machines run by them shutting down. Image Source: Reuters

The country may face massive cash crunch like post demonetisation period as half of India's ATMs could shut down by March 2019. The Confederation of ATM Industry (CATMi) recently warned that the changes in regulations are making it unviable to operate ATMs and this may lead to the closure of half of the 2.38 lakh machines in the country by March 2019.

In a statement CATMi had said that the closure of ATMs will affect 1000s of jobs and also the financial inclusion efforts of the government. ""Service providers may be forced to close down almost 1.13 lakh ATMs across the country by March 2019. These numbers include approximately one lakh off-site ATMs and a little over 15,000 white label ATMs," it said, adding, the industry has reached a "tipping point".

Most of ATMs that may be shut down are in the non-urban areas. According to the industry body, the ATM shut down will can impact the financial inclusion efforts as the beneficiaries use the machines to withdraw government subsidies.

Why ATM shut down

According to CATMi,  ATM operations will become unviable, resulting in the closure, because of the recent regulatory changes, including those on hardware and software upgrades, coupled with mandates on cash management standards and the cassette swap method of loading cash.

READ the RBI guideline that may lead to closure of the ATM HERE (https://www.rbi.org.in/Scripts/NotificationUser.aspx?Id=11245&Mode=0)

According to CATMi, the new cash logistics and cassette swap method will alone result in costs of Rs 3,000 crore for the industry. It said that the ATM industry, including managed service providers, brown-label ATM deployers and white label ATM operators (WLAO), is still reeling under the shock of demonetisation.

"The situation has further deteriorated now due to the additional compliance requirements that call for a huge cost outlay. The service providers do not have the financial means to meet such massive costs and may be forced to shut down these ATMs," it said.

CATMi said the WLAOs have accumulated losses and the compliance costs can result in over 15,000 machines run by them shutting down.

What should be done

CATMi said the only way to salvage the situation for the industry is if banks "step in to bear the load of the additional cost of compliances". Unless ATM deployers are compensated by banks for making these investments, there is likely to be a scenario where contracts are surrendered, leading to large scale closure of ATMs."

Revenues for providing ATMs as a service are not growing at all due to very low ATM interchange charges and ever-increasing costs, it said, adding that such changes in the landscape were not anticipated while signing contracts with the banks.

On Thursday, largest ATM supplier NCR called for a multi-stakeholder talks like the ones carried out during the demonetisation days to resolve the problems being faced by the cash vending machines industry now.

"There is a need for the banks, managed service providers (MSPs) and the regulators to discuss and resolve the issues, just like we had done during demonetisation," NCR managing director Navroze Dastur told PTI. Cash worth over 26 percent of GDP is routed through the ATM network at present. "We cannot afford any disruption in ATMs," he said.

Meanwhile, Punjab National Bank (PNB) said on Thursday that said it had no major plans to reduce the number of its ATMs by March 2019. It also said there is no plan to increase various charges related to ATM usage. (With agency inputs)