Already stressed due to huge NPAs, commercial banks now find themselves in a situation where they might have to end free services for the common man. 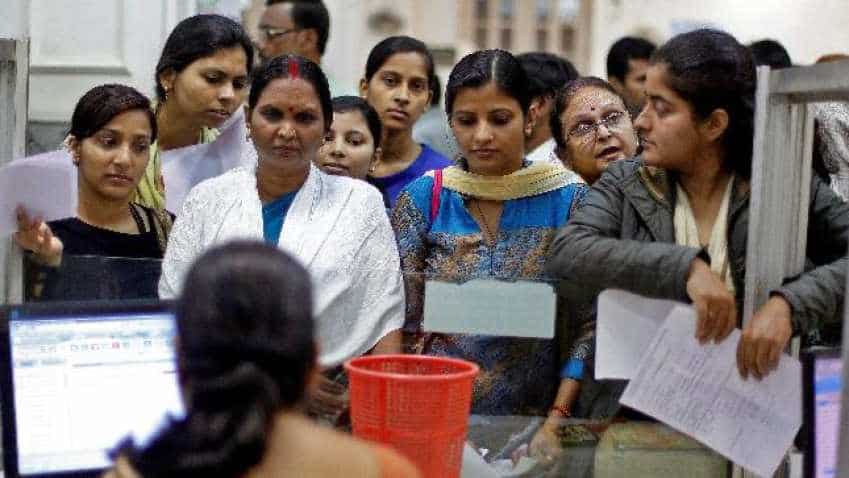 Bankers hope that government and the banks would reach an amicable solution that doesn't hit the common man. Representational Image/Reuters
Written By: ZeeBiz WebTeam
RELATED NEWS

Already stressed due to huge NPAs, commercial banks now find themselves in a situation where they might have to end free services for the common man. Reason: The banks are up in arms against the revenue authorities who are not ready to forgo Rs 40,000 crore that the former has been asked to pay as service tax levied on free services. In their last meeting with Department of Revenue (DoR) and the Department of Financial Services (DFS) of the Ministry of Finance in June this year, the banks had failed to reach a breakthrough.

According to a report by The Hindu BusinessLine, the matter has now reached to the Prime Minister's Office, which is set to call a meeting with banks and key finance ministry officials to resolve the issue this week.

In April this year, a notice by the revenue authorities had asked banks to pay service tax, penalties and interest on free services offered to customers. The revenue authorities had made a retrospective demand - 12% service tax claimed since 2018, 18% interest on the amount and 100% penalty. The notice had forced the Indian Banks' Association to start lobbying to ask the government to recall the demand that was termed "illogical" by many.

Free services that may be hit

Bankers have warned that free services would have to be withdrawn if they are forced to pay Rs 40,000 crore. These services that may be withdrawn include cheque leves, ATM withdrawals, cash deposits, monthly account, locker visits and even Prime Minister Narendra Modi's pet Jan Dhan Yojana for financial exclusion.

Will government stand with banks?

Bankers hope that government and the banks would reach an amicable solution that doesn't hit the common man.

In June, the government had clarified that free services provided by banks to customers who maintain a minimum balance account will not be liable to GST. It had issued a detailed FAQ document, which, however, didn't make any clarification on the service tax demand from banks.

Bloomberg-Quint had reported in May that the government may withdraw the service tax notices. However, that matter has remained pending since then.