Finance Minister Nirmala Sitharaman has informed that high-value bank frauds or bank frauds of Rs 1 lakh or above have declined since FY17. 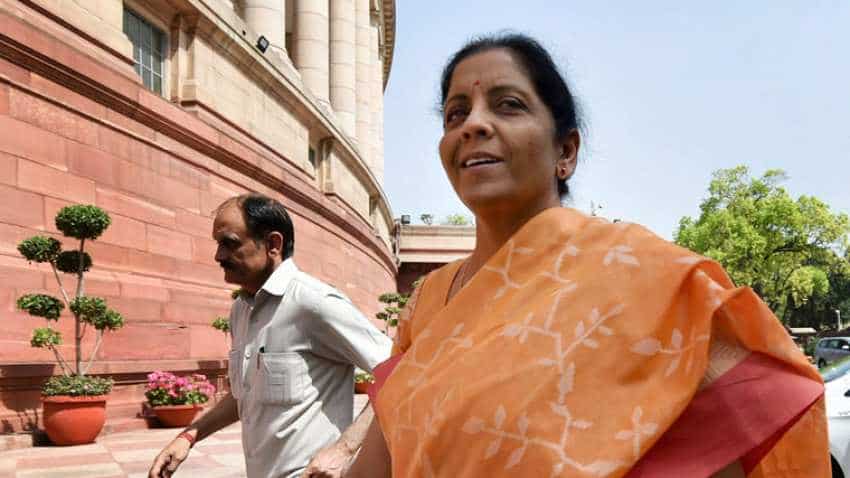 Sitharaman informed in Rajya Sabha that select financial institutions reported to RBI that frauds of Rs 1 lakh and above amounting to Rs 25,884 crore occurred during 2016-17. Photo: PTI
Written By: ZeeBiz WebTeam
RELATED NEWS

Finance Minister Nirmala Sitharaman has informed that high-value bank frauds or bank frauds of Rs 1 lakh or above have declined since FY17. She informed about the development in the upper house of the parliament in a written reply that banks and select financial institutions reported to RBI that frauds of Rs 1 lakh and above amounting to Rs 25,884 crore occurred during 2016-17. The first lady Finance Minister of India further informed in her reply that the amount involved in such frauds in 2017-18 and 2018-19 stood at Rs 9,866 crore and Rs 6,735 crore respectively. She further said that comprehensive measures have been taken to tighten fraud prevention systems and deter perpetration of frauds in banks.

"Proactive action has been taken against wilful defaulters, with FIRs being registered by PSBs against 3,154 wilful defaulters," said Nirmala Sitharaman. The government has formed an inter-agency coordination committee to look into the large value bank frauds, she added.

These measures include giving powers to banks to initiate criminal proceedings against wilful defaulters, the government-backed framework for timely detection, reporting and investigation of large value bank frauds in public sector banks.

Enactment of the Fugitive Economic Offenders Act, 2018 as well as authorisation to PSBs to obtain a certified copy of the passport of promoters/directors of companies availing loans of more than Rs 50 crore are among other measures that have been adopted by the government. (With inputs from PTI)