Are you an income tax payer? I-T dept made this big change in your ITR filing

If you are in the habit of paying your income tax at the last minute, then you might not want to miss out on the latest alert in order to ensure seamless ITR filing. 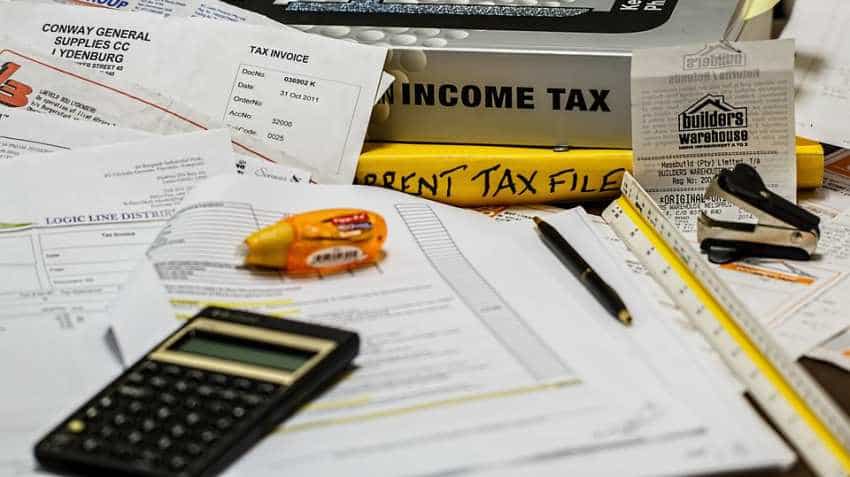 The Income-Tax department has now announced a few key changes that a taxpayer must know while filing their Income Tax Return (ITR). Photo: Pixabay

With less than a month left, the Income-Tax department has now announced a few key changes that a taxpayer must know while filing their Income Tax Return (ITR). The department sent in alert on its official portal on Wednesday, directing income tax payers to take note of changes that have taken place in ITR1, ITR4, TDS statement, pre-filing and offline utilities. ITR filing for assessment year 2019-20 deadline is set on July 31, 2019. That said, if you are the last minute-type of taxpayer, then you might not want to miss out on the latest alert in order to have seamless ITR filing.

If you are pre-filing ITR, the department states that, taxpayers are requested to note the following:

Firstly, pre-filing of ITR is only for the taxpayer's convenience. Taxpayers should verify the pre-filled data carefully and add any other taxable income which is not pre-filled.

In pre-filled tax return, the department gathers your income and income from other source data  through third parties. This move was introduced to help those taxpayers who usually get exhausted with the complexity of ITR process. In pre-filled return, all a taxpayer can submit, modify changes and review their already prepared ITR directly.

Further, the department on Wednesday said,“Last date for filing of TDS statement and issue of TDS certificate by Deductor is 30th June, 2019 and 10th July, 2019 respectively. In case the TDS data is not pre-filled, taxpayers are expected to fill these details themselves.”

Additionally, the department also notified about changes made in Income Tax Return Preparation Software and Schema for AY 2019-20. The department says, “Already saved draft data will not be available in case of Online ITR 1 & 4.”

Earlier, the department had made few changes in ITR1 and ITR4 form for taxpayers. In ITR1 form, resident individuals, except for the director of a company or the holders of unlisted equity shares are required to fill this form. Total income must not exceed Rs 50 lakh. An additional row has been provided for claiming a standard deduction of Rs 40,000 for FY 2018-19.

Meanwhile, ITR4, taxpayers with a cumulative income of up to Rs 50 lakh and those who are Resident, or Ordinarily resident of India can file ITR-4 form. Directors or those who held unlisted equity shares at any time during the financial year 2018-19 can no longer file returns with ITR-4 form; they have to file ITR 3 form.