Akshaya Tritiya 2018: Buying gold? You should know this before making purchase 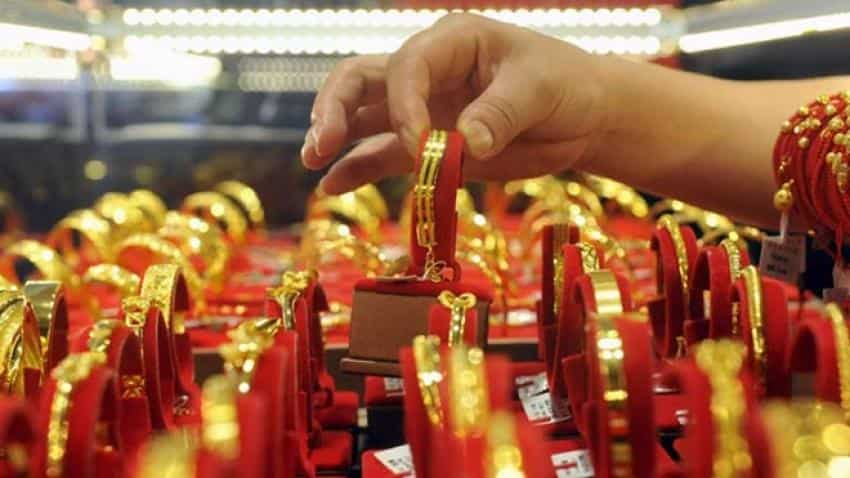 Gold prices had corrected pre and post the Federal Open Market Committee (FOMC) meeting, during which the US Federal Reserve announced their intentions to raise the fed funds target rate for the third time in the year. Image source: Reuters

Gold prices had corrected pre and post the Federal Open Market Committee (FOMC) meeting, during which the US Federal Reserve announced their intentions to raise the fed funds target rate for the third time in the year. However, after the recent fall in gold, investors haven’t witnessed the lows it made in December, largely due to a weakening US dollar and uncertainties revolving around President Donald Trump’s policies and politics.

Uncertainty arising due to volatile comments and policies by the US President was amplified when Trump imposed import tariffs on Chinese products which drew reciprocation from the China government, who went on to impose tariffs on the US products. Additionally, escalating tensions between the US and Russia regarding the Syria issue helped to prop up the gold prices. This led to gold breaching its current crucial technical range of $1300/ounce to $1350/ounce.

We believe that the uncertain geopolitical outlook and increased stock market volatility is likely to continue in the coming months, which in turn is going to provide some support to the gold prices.

ETF demand has also supported bullion prices over the last few weeks. According to a Bloomberg report, China’s Bosera Gold ETF has attracted close to $553.8 million in additional investment so far this year, putting it on course for the biggest annual inflow since its listing in 2014.

Meanwhile, one has to keep an eye on the Central Bank’s moves in the coming few months, as their actions could have a significant impact on prices. Some correction in Gold prices could be possible when the rates move higher.

Domestic prices have followed the overseas prices and technically have broken the Rs.31000/10 grams mark. However, domestic players believe that demand has remained sluggish even ahead of Akshaya Tritiya, on April 21, 2018, which is an auspicious occasion for buying gold.

The same was reflected on the gold imports into the country, as gold jewellers have reduced imports amid expectation of sluggish off-take. In March 2017 the import of gold stood at 103.7 MT, and GFMS estimates that the same has dropped to mere 52.5 MT in March 2018. In April 2017 saw India importing 93.6 MT of gold. This number is expected to be much lower this year, in line with the March month’s trend, government data for the same is expected to be released later this week. Despite the glut in imports, the fact remains that India is a price taker and we believe that global bullion prices could be in the early stages of a bull run. So how much downside in Indian prices will occur, we just need to wait and watch.

Technically, on the domestic side, from the start of 2018, MCX Gold has been intact in a higher-high & higher-low pattern which is generally a precursor to an upside trend. Prices are managing to hold above the psychological level of 30000, which is also a strong support level, thereby further establishing a bullish trend. We can expect this trend to continue towards 32000-32100 level over next few months.