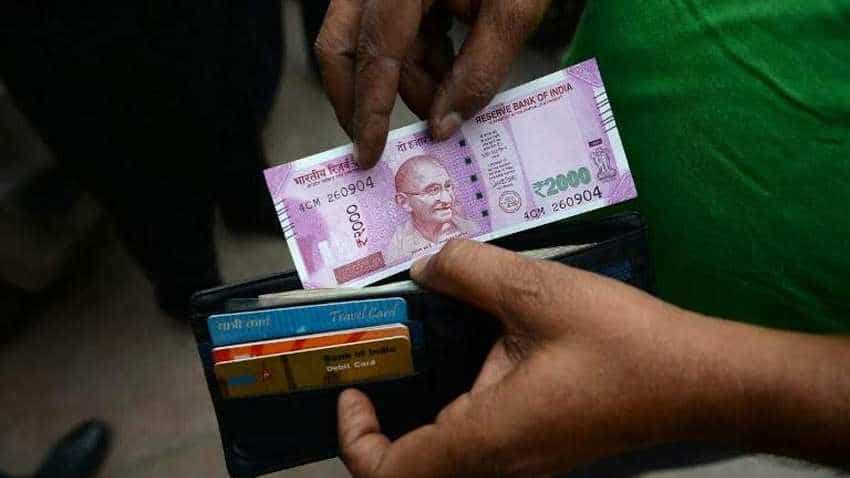 7th Pay Commission: However, the teaching staffs of Jammu and Kashmir are yet to get the benefit and they have been on a protest demanding their salaries be hiked. Reuters
Written By: ZeeBiz WebTeam
RELATED NEWS

7th pay commission: Some states are paying heed to government employees demands for salary hikes in earnest. The latest to order the implementation of 7th pay commission report recommendations for its staff at large is the Chief Minister Yogi Adityanath led BJP government in UP. Its employees have just got a big salary hike! However,  the same cannot be said of others. Central government employees are on a long wait to get the benefits as recommended by 7th Pay Commission. They were disappointed that no announcement has been made so far about their demands.

On September 5, Teacher's Day, Uttar Pradesh Chief Minister Yogi Adityanath has decided to give 7th pay commission pay scale to teachers and professors of state-run institutions. An official who was aware of the matter said that CM Aditynath has approved the implementation of the revised pay scale at a meeting of the state cabinet on Wednesday.

This will cost the state government a massive Rs 921.54 crore per year. The new pay scale to the state and related cadre teachers will come into effect from January 1, 2016. This means, employees will not only get a pay hike but will also get arrears for the due period too.

Notably, the 7th pay commission benefits order spans Professors from 18 state universities including one law university, one deemed and one open university. However, the registrar, financial officer, controller of examination, pro VC and VC will not get the benefits, said the officer.

Prior to Uttar Pradesh, Tripura and Puducherry have also cleared implementation of 7th pay matrix for their employees. Bihar government has also formed a 3-member committee to look into the demands of teachers and professors after they had threatened to go on strike.

However, the teaching staffs of Jammu and Kashmir are yet to get the benefit and they have been on a protest demanding their salaries be hiked.

Though the central government employees are yet to get the benefits over and above 7th CPC, the Union Cabinet had on August 29 hiked their dearness allowance for them as well as dearness relief for pensioners by 2 per cent to 9 percent. The hike will cost the government Rs 6,112.20 crore per annum and Rs 4074.80 crore in the financial year 2018-19 (for a period of 08 months from July, 2018 to February, 2019). This will benefit about 48.41 lakh Central Government employees and 62.03 lakh pensioners.

However, while this is part of the entire process, what central government employees want is that their pay be hiked over and above the 7th pay commission report recommendations. They want fitment factor to be hiked from current 2.57 times to 3.68 times that will power the minimum salaries to Rs 26,000. With general elections on way, the same cannot be ignored in the corridors of power.