On July 14, the Central government decided to restore Dearness Allowance (DA) and Dearness Relief (DR) for central government employees and pensioners from July 1, 2021, while increasing the rate of allowance to 28 per cent. 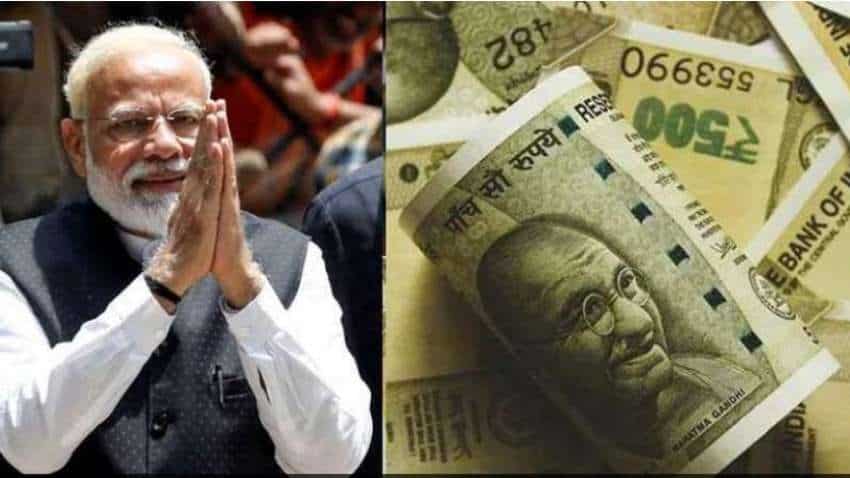 The rate of Dearness Allowance/Dearness Relief for the period January 01, 2020 to June 30, 2021 shall remain at 17%. Source: Reuters and Pixabay
Reported By: ZeeBiz WebTeam
Edited By: Ravi Kant Kumar
RELATED NEWS

7th Pay Commission latest news:  The Narendra Modi Government has decided to increase the Dearness Allowance to Central Government employees and Dearness Relief to pensioners with effect from July 01, 2021 to 28 per cent, representing an increase of 11 per cent over the existing rate of 17 per cent of the Basic Pay/ Pension.

As per the OM, these rates of Dearness Relief (DR) will be applicable to Civilian Central Government Pensioners/ Family Pensioners including Central Government absorbed pensioners in PSU/ Autonomous Bodies in respect of whom orders have been issued for restoration of full pension after the expiry of commutation period of 15 years.

DoPPW issued orders dated 22.07.2021 enhancing the Dearness Relief to pensioners/family pensioners of the Central Government w.e.f. 01.07.2021 to 28% of basic pension/family pension, representing an increase of 11% over the existing rate of 17%. pic.twitter.com/4AEkQoN1BO

In the case of retired Judges of the Supreme Court and High Courts, necessary orders will be issued by the Department of Justice separately. It will be the responsibility of the pension disbursing authorities, including the nationalised banks, etc. to calculate the quantum of Dearness Relief payment in each individual case, the OM mentioned.

The office of Accountant General and authorised Pension Disbursing Banks are requested to arrange payment of Dearness Relief to pensioners/ Family Pensioners on the basis of these instructions without waiting for any further instructions from the Comptroller and Auditor General of India and the Reserve Bank of India, the OM added.

In the application to the persons belonging to the Indian Audit and Accounts Department, these orders are issued after consultation with the Comptroller and Auditor General of India, the OM said.

Due to the COVID pandemic, the Union Government had frozen the three additional installments of the DA and DR which were due from January 1, 2020, July 1, 2020, and January 1, 2021.