7th Pay Commission: These employees set to hit Indian Railways where it really hurts; will affect passengers most

7th Pay Commission: The 78 days PLB will cost the Indian Railways Rs 2,044.31 crore. The move will be benefitting about 11.91 lakh non-gazetted Railway employees. 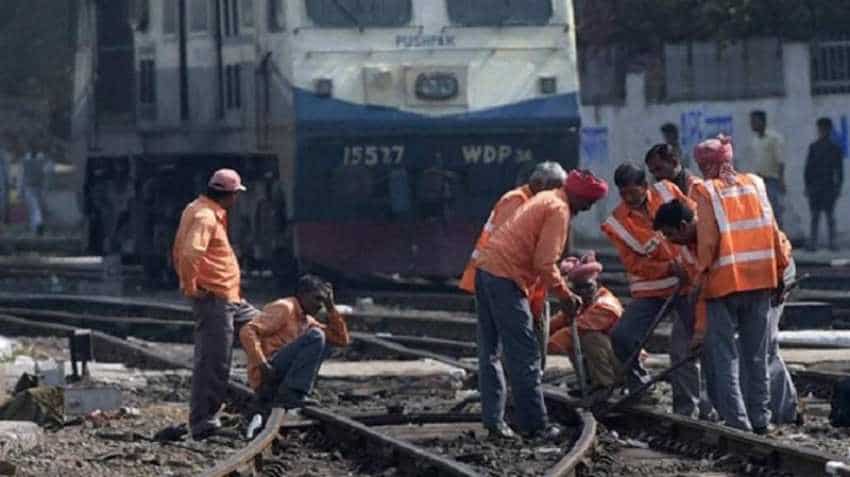 The Indian Railways employees have been demanding implementation of various allowances and benefits under the 7th Pay Commission.
Written By: ZeeBiz WebTeam
RELATED NEWS

7th Pay Commission: The recent announcement by the Centre for the payment of Productivity Linked Bonus (PLB) equivalent to 78 days’ wages for the financial year 2017-18 for all eligible non-gazetted Indian Railways employees have failed placate the protesting employees who have announced that they will be raising their protest to a new level.

The 78 days PLB will cost the Indian Railways Rs 2,044.31 crore. The move will be benefitting about 11.91 lakh non-gazetted Railway employees. However, instead, the Indian Railways employees have been demanding implementation of various allowances and benefits under the 7th Pay Commission.

These employees claimed that they have not received any assurance from the authorities and now they have decided to take an extreme step and follow the 'Work To Rule' provision. The deadline they have set is October 19. Also, the 'All India Railwaymen's Federation' (AIRMF) has called for a meeting in this regard on October 19 too.

At present, there is a shortage of as many as 2.5 lakh employees in the Indian Railways. In absence of manpower, several employees have to work overtime. Many of these employees are responsible for the operations of trains. As per rules, an employee has to work for 8 hours. However, many of the Indian Railways employees have been working up to 12 hours a day. Even, sometimes train pilots could not get the required rest time due to the exigencies of doing overtime.

If the employees decide to function as per 'Work To Rule', they will not be doing overtime. This will lead to a shortage of staff, which will, in turn, lead to even stopping of train operations - wherever they are. This will hit passengers the most as they will be stranded!

Also, the timing could not have been worse. It is festival time and people are travelling all across the country. Indian Railways faces maximum passenger rush during the festival seasons. In this case, a shortage of manpower will not only hamper train operations but will also create massive trouble for passengers.

The AIRMF has staged a protest in New Delhi on Friday pressing for their demands. Besides allowances and benefits of the 7th pay commission, the union has been pressing for some other demands which include: