7th Pay Commission: The voice against the National Pension System (NPS), which replaced the Old Pension Scheme (OPS) for the central government employees is growing louder. 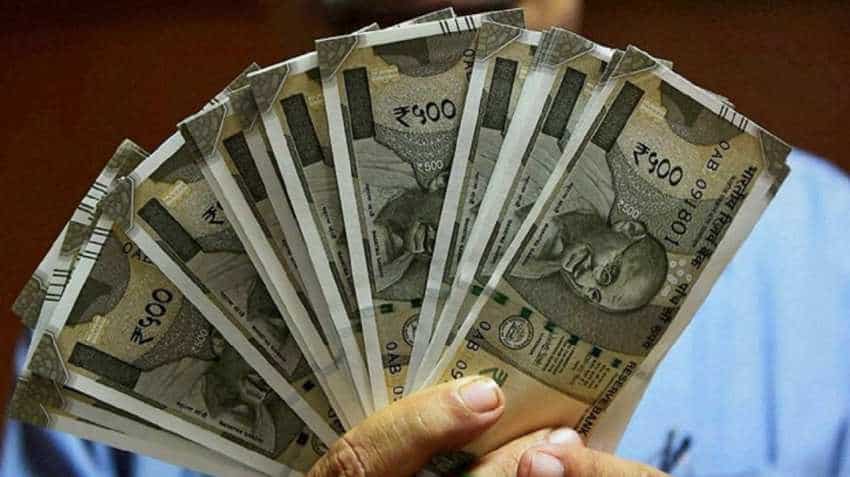 The mandate of the 7th Pay Commision with regard to pension was “To examine the principles which should govern the structure of pension and other retirement benefits. Image courtesy: Reuters
Written By: ZeeBiz WebTeam
RELATED NEWS

In Lucknow on Friday, Union minister Piyush Goyal faced the wrath of protesting employees when he went there to attend the 70th annual general meeting of the Northern Railway Men's Union. Goyal said the government is sensitively considering various demands of the employees, like the problems faced in the implementation of the National Pension Scheme (NPS) and regularisation of the apprentices.

As controversy grows over the matter, here we take a look at what the 7th Pay Commission originally recommended:

The mandate of the 7th Pay Commision with regard to pension was “To examine the principles which should govern the structure of pension and other retirement benefits, including revision of pension in the case of employees who have retired prior to the date of effect of these recommendations, keeping in view that retirement benefits of all Central Government employees appointed on and after 01.01.2004 are covered by the National Pension System (NPS).”

As on 01-01-2018, when NPS came into force, there were  51.96 lakh pensioners in the country, including from central civil services, railways, post, defence and defence cilians.

The Commission noted that, "For employees joining on or after 01.01.2004, the concept of pension, so far as Civilian employees including CAPFs are concerned, has undergone a complete change.

After the enactment of the Pension Fund Regulatory and Development Act, 2013, it is not the exclusive liability of the government to pay the pension."

"As per the new dispensation the employee and the government are to make equal matching contribution towards their pension. This dispensation is not applicable to the defence forces personnel," it added.

The commission made following recommendations regarding NPS:

1. Investment choices under NPS be calibrated on a life cycle approach and the choices be offered in a simple manner so that any lay person can understand and act accordingly.

2. Government, in consultation with PFRDA, come up with different options for investment mix and provide subscribers a range of options.

3. Associations and individuals had made presentations before the Commission highlighting that forecasts suggested that a 10 percent contribution from government will not be adequate to provide reasonable post retirement financial security in all cases. The pay panel recommended: "The Commission, therefore, recommends that this important aspect should be re-examined in detail by an expert body for making course corrections if required."

5. PFRDA should take steps to make the Tier-II accounts operational as early as possible to enable the NPS subscribers the facility of withdrawals from their accounts in case of requirement.

6. Transparency under NPS: Focused efforts be made to capture email addresses and mobile numbers of subscribers so that seamless communication is ensured for all subscribers. The Commission recommends that consultation with stakeholders should also be held periodically in different parts of the country.

8. Steps should be taken for establishment of an Ombudsman for redressing individual grievances relating to NPS.

9. Tax treatment: Tax neutrality should be ensured across various avenues for long term savings for post retirement incomes so that the employees covered by NPS are not at a disadvantage. The Commission therefore recommends that withdrawals under the NPS should be tax-exempt to place NPS at par with other pension schemes. The Commission also recommends that the service tax levied at the time of annuity purchase by NPS subscribers should be exempted.

10. Exit: PFRDA regulations provide for an exit option from NPS in case of premature death of the subscriber by availing of additional relief from government, in which case the entire accumulated pension wealth inclusive of subscriber’s contribution would be transferred to government. The Commission recommended notification of a scheme by government for provision of additional relief in such cases consequent to exit from NPS.

11. Government should encourage the PFRDA to set up a strong consultative mechanism involving the DPPW, DoPT, DFS and some associations of employees for a review of regulations and for finalizing future regulations to bring clarity and remove uncertainty relating to NPS.

12. Draft regulations should be widely publicized to enable subscribers to respond to any proposed changes, as normally done by other regulatory authorities.