7th pay commission: The central government employees will now have to compulsorily take 20 days of paid leave (or, earned leave) in a year, says a media report. 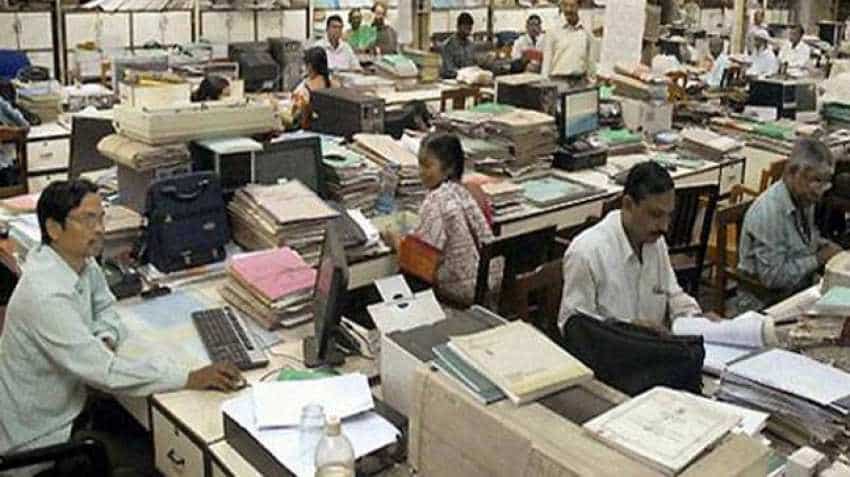 In past, employees have been found to be clubbing their earned leave with one or two days of leave with their weekends for a long break. Representational Image/PTI File

A report by Business Standard says the government employees will have to compulsorily take 20 days of paid leave every year. Public sector banks have already started doing this. They have started sending employees on the block of ten days leave from late last year.

The central government employees are entitled to a block of 30 days earned leave in a year. They also get 10 casual leave (CL) and 19 notified holidays every year. The defence forces' employees get 60 days of paid leave each year.

At the time of retirement, the earned leaves can be encashed. However, the report says the government will soon release a circular to break this habit. The new rules will ensure that not more than 10 paid leaves are carried forward by employees to the next year.

The reported changes will be in accordance with the 7th Pay Commission recommendations. In its report, the pay panel had written against the practice of substituting leaves with cash. It had said that substituting leave with cash was not "desirable".

"In many organizations, employees are encouraged to take leave on the premise that it revitalizes them and is beneficial for the organization in the long run. Such a system is not prevalent in the government sector in India, but substituting leave with cash is also not desirable. Hence, no change in encashment guidelines is recommended," the committee had said.

The pay panel further said, "The Commission recognizes that Earned Leave is, as the name suggests, earned by an employee through the services rendered. Hence, it is personal to the employee and the concept of “gifting” cannot be considered."

For the "vacational" staff, the pay panel had recommended that they should be granted 10 days of earned leave in place of 20 days of Half Pay Leave.