Stock limits imposed on pulses are being ENFORCED and not REMOVED, Centre BUSTS this 'fake' WhatsApp message—Issues CLARIFICATION

The government has clarified on Wednesday that it has not removed the stock limits imposed on pulses as on July 2, 2021. A WhatsApp message carrying this misinformation was being circulated but the stock limits have not been removed but are enforced. 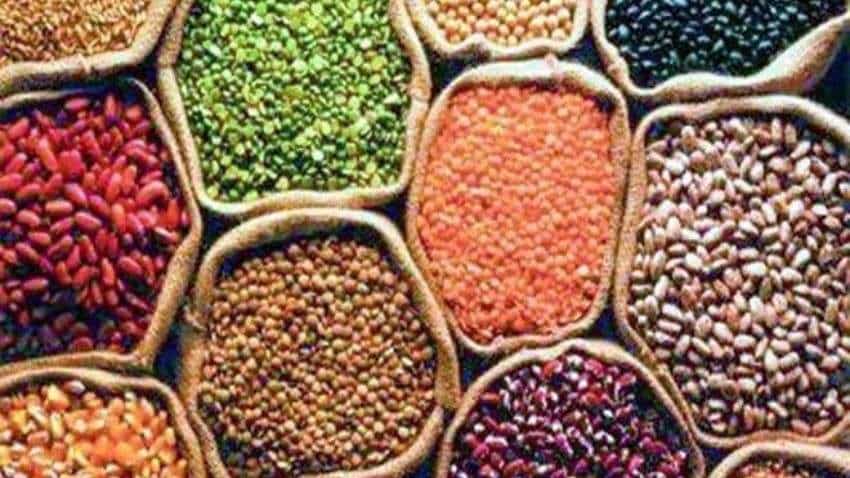 Stock Limits on Pulses in India: On Wednesday, the government clarified that it has not removed stock limits imposed on pulses since July 2 to control prices.

It has to be remembered that in a consistent effort to crackdown on prices of essential commodities like pulses, the central government issued a landmark order where it has imposed stock limits on pulses applicable to wholesales, retailers, millers and importers. The Removal of Licensing Requirements, Stock Limits and Movement Restrictions on Specified Foodstuffs (Amendment) Order, 2021 was issued with immediate effect from July 2, 2021.

However, a WhatsApp message has being circulated that carried the misinformation that the stock limits on the pulses have been removed. In this context, it is clarified that the stock limits on pulses have not been removed but are being enforced. The central government is closely monitoring the implementation of these orders by the states. Furthermore, the central government has also shared the information with the states where there is a mismatch between the stocks declared by the Stockists on the portal developed by the Department of Consumer Affairs and loans taken from the bank of pulses or the quantity imported by importers. The states have also been asked to take strict action against all those violating the stock limits.

As per the order on July 2, 2021, stock limits have been prescribed for all pulses except Moong until October 31, 2021, for all states and union territories. It has to be noted that the stock limit will be 200 MT (provided there should not be more than 100 MT of one variety) for wholesalers, 5 MT for retailers and it will be the last 3 months of production or 25 per cent of annual installed capacity, whichever is higher, for the millers. Lastly, for importers, the stock limit will be the same as that of wholesaler for stocks held/imported prior to May 15, 2021, and for stocks imported after May 15, 2021, the stock limit applicable on wholesalers will apply after 45 days from date of customs clearance. It has also been stated that if the stocks of entities exceed the prescribed limits, they have to be declared on the online portal (fcainfoweb.nic.in) of Department of Consumer Affairs and have to be brought within the prescribed limit within 30 days of the notification of this order.