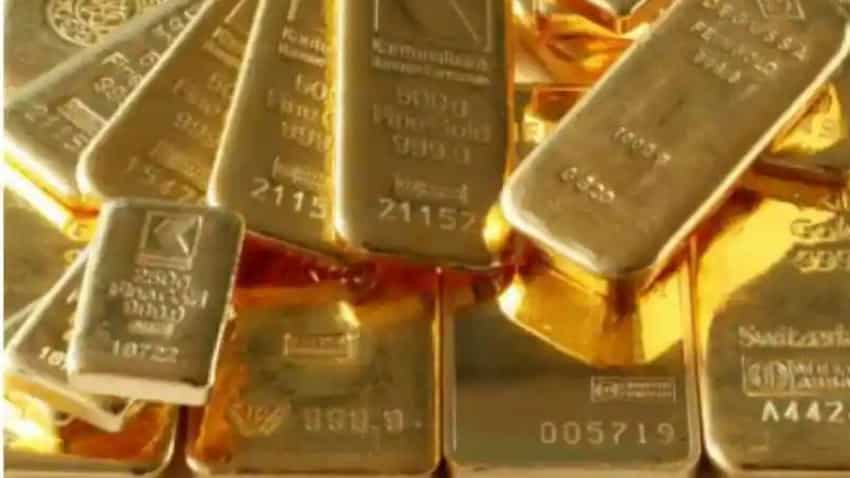 “The metal rallied to its highest since early September on Friday before trimming gains on Fed Chairman Jerome Powell’s comments on tapering,” said a Reuters report.

Gold and silver gained on Friday due to rising global inflations. Gold prices gained second straight week and crossed $1800 per troy ounce but after the Federal Reserve chairman’s comment for bond tapering earlier this year its triggered profit-taking from higher levels, suggest experts.

However, weighing on price is lack of investor buying, strength in equity markets, and increasing expectations of Fed’s monetary tightening.

Gold continues to struggle to sustain above the $1800/oz level which shows a lack of confidence however with increasing challenges to the global economy, prices may remain supported.

International gold prices trimmed gains on Friday after U.S. Federal Reserve Chair Jerome Powell said he expected inflation to ease next year and that the U.S. central bank was on track to begin winding down its stimulus.

Bullion Index also ended in the green on Friday.

Domestic silver prices could start flat this Monday morning, tracking overseas prices. Technically, MCX Silver December resistances are at 66700 and 67600. Supports are at 64700 and 63800.

The US Bureau of Labor Statistics has recently released the inflation data for September concerning the Consumer Price Index (CPI). The report showed that the CPI - urban (CPI-U) has gained by 0.4%, crossing the expectations.

The manufacturing business outlook of Philadelphia fell a reading of 23.8 in October, down from its September reading of 30.7. The report along with festive demand in India made the gold prices highly volatile on last Friday.