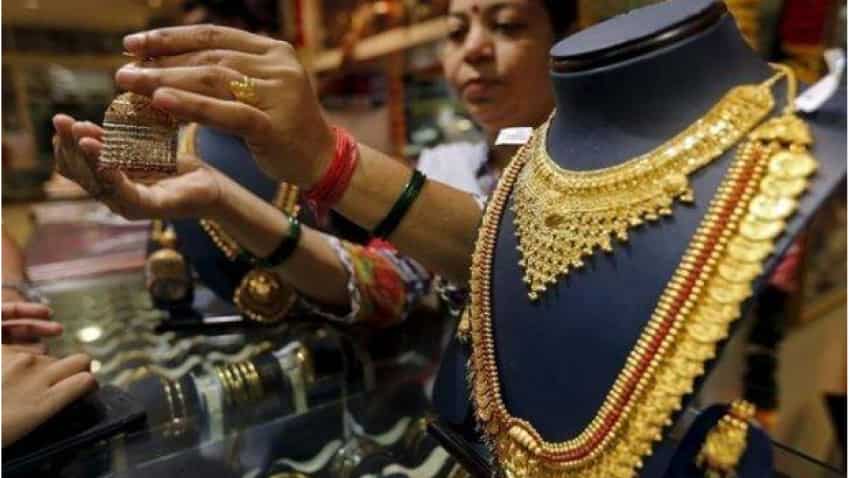 He said that the decline looks only on the intraday basis and one could see the levels moving up to Rs 52,000 in the near term. He said that he did not expect to much of a down slide. Source: Reuters
Written By: ZeeBiz WebTeam
Edited By: Harish Dugh
RELATED NEWS

Who will be the world’s most powerful man eventually – incumbent Donald Trump or Joe Biden? As the race gets tighter, the uncertainty around the result looms. For gold lovers, the question is - how is it going to impact the yellow metal? Amit Sajeja, Assistant Vice President -Research, Commodity and Currency at Motilal Oswal tells the outlook and the intraday strategy.

The overall economic uncertainty will play a major role in the way Gold is viewed in the near to medium term, Sajeja said suggesting that the outlook remined positive for this precious metal.

The US elections results are still not clear and the uncertainty on who would be the eventual winner will put the prices of bullion on tenterhooks, he said.

Both Gold and Silver today saw a retreat on the back of strengthening Dollar with international prices falling by almost 1 per cent in the case of former.

The dollar was up 0.6 per cent against a basket of major currencies.

Sajeja said that the correction in Gold was due as the rally saw the precious metal go up by USD 70 dollars. It needed a retracement, he further said.

Even the domestic prices are set for some correction he said.

Sajeja reveals the intraday strategy for trading in MCX Gold and Silver Futures.

At 2:45 pm, the December Gold Futures were trading at Rs 51,269 per 10 gram on the MCX, down by 0.8 per cent. Sajeja said that he expected a Rs 400 fall from here. He said that this could be a buying opportunity for the investors or traders.

He said that the decline looks only on the intraday basis and one could see the levels moving up to Rs 52,000 in the near term. He said that he did not expect to much of a down slide. He said that he sees a resistance around Rs 51,450. The downside is Rs 50,800.

The MCX December Silver Futures were trading around Rs 61449 per kg around this time, almost down by 2 per cent in comparison to the Tuesday closing. The AVP said that the upside for silver futures could be limited to Rs 61,800 on the intraday basis while the downside could be Rs 61,200 initially.

"With the Blue Wave`s path now obfuscated; a divided Senate threatens to slow any passage of fresh U.S. fiscal stimulus. Such prospects are dampening gold`s ability to push higher for the time being," it further said.