The government is making available fertilisers, namely Urea and 22 grades of P&K fertilizers (including DAP) to farmers at subsidised prices through fertiliser manufacturers/ importers. 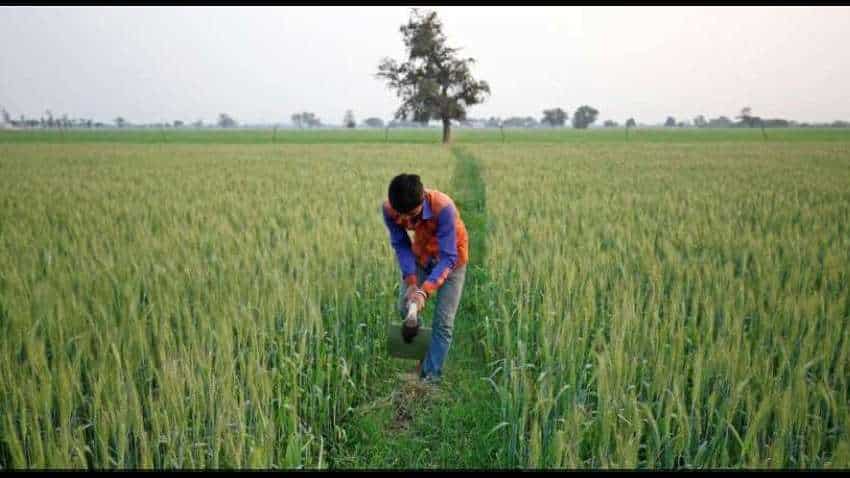 The subsidy is released to fertiliser companies as per NBS rates so that they can make available fertilizers to farmers at affordable prices. Source: Reuters
Reported By: ZeeBiz WebTeam
Edited By: Prashant Singh

The Cabinet Committee on Economic Affairs, chaired by Prime Minister Narendra Modi, has approved the proposal of the Department of Fertilisers for fixation of Nutrient Based Subsidy Rates for P&K Fertilizers for the year 2021-22.

The government is making available fertilisers, namely Urea and 22 grades of P&K fertilizers (including DAP) to farmers at subsidised prices through fertiliser manufacturers/ importers.

The subsidy on P&K fertilisers is being governed by NBS Scheme, with effect from April 1, 2010. In accordance with its farmer-friendly approach, the Government is committed to ensuring the availability of P&K fertilisers to the farmers at affordable prices.

The subsidy is released to fertiliser companies as per NBS rates so that they can make available fertilizers to farmers at affordable prices.

In the last few months, the international prices of raw materials of DAP and other P&K fertilizers have increased sharply almost by 60-70 per cent. Prices of finished DAP etc. in the international market have also increased. Despite this sharp increase, DAP prices in India were initially not increased by the companies however, some companies increased the DAP price at the beginning of this financial year.

The government is fully sensitive to the concerns of farmers also and is already taking steps to tackle the situation so that the farming community can be saved from the effects of this price rise of P&K fertilisers, including DAP.

On the pricing front of DAP, the government has already asked all the fertilizer companies to sell their old stocks of DAP etc. at the old prices only. Additionally, it was agreed by the government that the country and its citizens (including farmers) are passing through unprecedented times due to a sudden surge in the second wave of COVID pandemic.

The Centre has already announced various special packages considering the hardships faced by the people during the COVID - 19 pandemic. In a similar manner, considering this crisis of pricing of DAP in India as an extraordinary situation & distress for the farmers, Gol has increased the subsidy rates under NBS Scheme as a special package for farmers in such a way that MRP of DAP, including other P&K fertilisers can be kept at the last year's level till the present Kharif season.

This has been done as a one-time measure as COVID -19 package to reduce the hardships of farmers. As anticipated that international prices may come down in few months, Gol may review the situation accordingly and decide regarding subsidy rates at that point of time. The estimated additional subsidy burden for such an arrangement will be around Rs 14,775 crore.