In a conversation with Anil Singhvi, Managing Editor at Zee Business, Swati Khandelwal, Executive Editor said that there are two big companies namely Jai Corp and Reliance Industrial Infrastructure Ltd (RIIL) which need to be kept in focus. 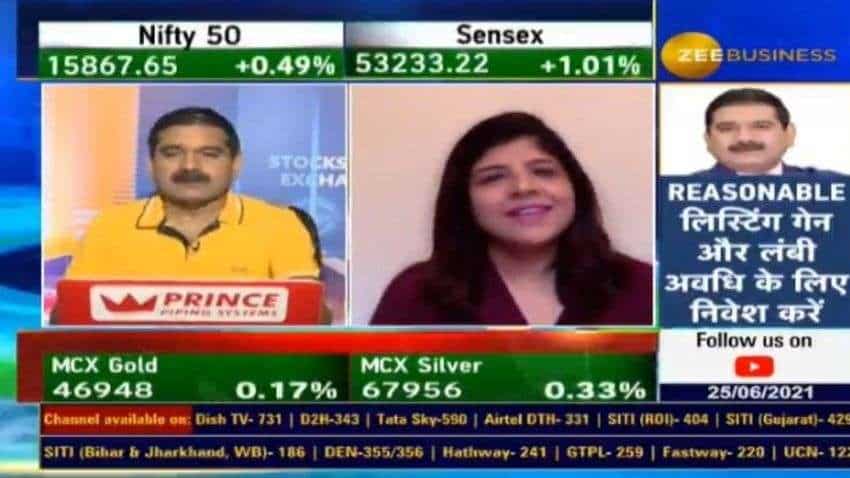 In a conversation with Anil Singhvi, Managing Editor at Zee Business, Swati Khandelwal, Executive Editor said that there are two big companies namely Jai Corp and Reliance Industrial Infrastructure Ltd (RIIL) which need to be kept in focus.

"Two big companies Jai corp and RIIL need to be kept in focus as the Maharashtra Government has given control of airport development to Adani Airport Holdings and now sources from Maharashtra government have informed about what kind of plans the government is making regarding Navi Mumbai. After the approval or green signal to Navi Mumbai Airport now the state government is thinking how they can apply some schemes like PLI and because of which they are in preparation of bringing big investments," Swati said.

She added, Maharashtra, even after being the financial capital of the nation has not been able to garner many investments and this is what the Uddhav Thackeray government has considered and has even held several meetings with corporates.

The Executive Editor said that as per the sources there is a talk of making big international and domestic investment and domestic manufacturing hub in the state. The focus is on SEZ and land bank.

She said that Navi Mumbai International Airport has a land of 1160 hectares and it was going to complete in 2019 but now due to Covid-19 the airport will get ready by 2023-24. So in the coming 2-3 years good actions will be seen, she added.

Speaking on the share price of Jai Corp and RIIL, Anil Singhvi said that this news is a game-changer for both stocks. He said that the value of land bank affects the company and stock price when there is some sign of development in it.

The Market Guru said that as the Navi Mumbai International Airport has got the approval then now not only the airport but also the land and area around it will see commercial and industrial development.

He said that Jai Corp has a market cap of around 2500-2600 and a land bank of more than 5000 acres that is Rs 40-50 lakh per acre.  Now the land in Mumbai or around airport is of around minimum Rs 2-3 crore per acre so considering this it can be seen that the value is good.

Talking about RIIL he said the company has around 4000-acre land bank and the market cap is 1200 crore. So both the stocks have deep value, he added.

The Market Guru said that if you see RIIL doubling from Rs 1500 and Jai Corp reaching Rs 400-500 then it will not be a big thing. However, it will take time, he added.

Anil Singhvi’s Market Strategy December 28: Jai Corp is Stock of the Day; Banks to be in focus