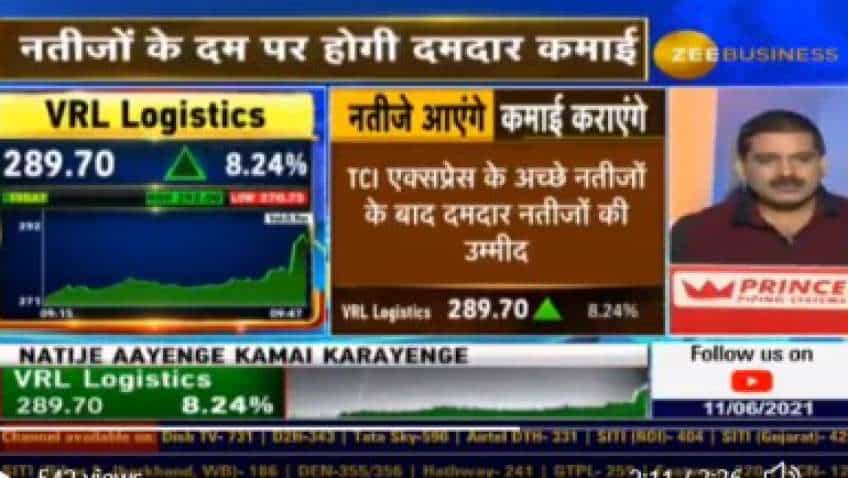 Meanwhile, EBITDA is expected at Rs 90 crore in Q4 FY21 versus Rs 57 crore year-on-year basis, and margins are expected to rise by 15.7 per cent in the last quarter of FY21 as against 11.4 per cent in the same period a year ago, says the research analyst in results estimates.

Dubey expects, VRL Logistics would give better performance than TCI Express, moreover, in February – April period, the truck occupancy growth rose to 30-40 per cent and due to which revenue of the company in the March-ended quarter is expected to increase.

Similarly, the company has also been constantly reducing its expenses and the impact of the same would be visible in the growth of EBITDA margins, Dubey says further.

The market analyst while explaining the chart said, the whole logistics sector is under rally, including VRL Logistics. He expects the stock would immediately grow on positional terms to Rs 315-320 per share, once it breaches Rs 300 per share level.