Stocks in Focus on April 7: Barbeque Nation, Macrotech Developers IPO, SCI, Tata Steel to Bharti Airtel; here are the 5 Newsmakers of the Day 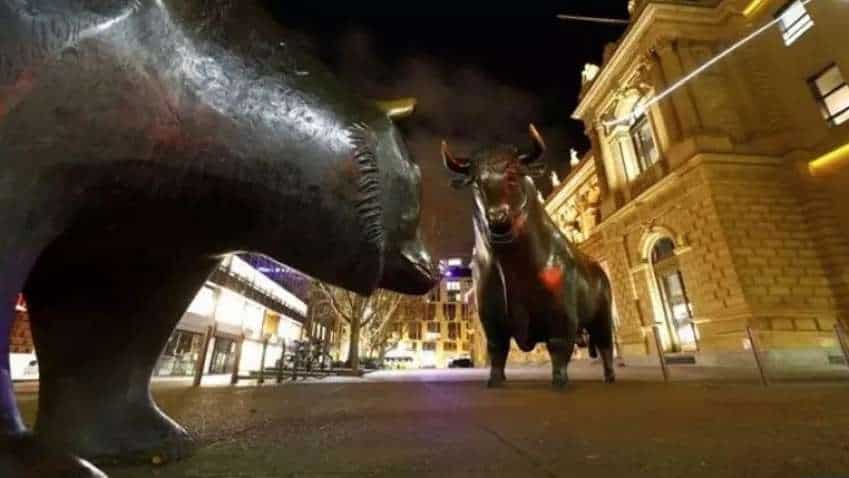 Stocks in Focus on April 7: Certain stocks came in the news after the market was closed. These stocks can impact the indices when it reopens on Wednesday. Photo: Reuters
Written By: Jitesh Kumar Jha
Edited By: Asit Manohar
RELATED NEWS

Barbeque Nation: Barbeque Nation is scheduled to be listed on the bourses today, i.e. April 7, 2021. The Rs 453 crore initial public offering of the popular dining chain was open for subscription from March 24-26, 2021. The offer was available in the price band of Rs 498-500 per equity share.

Macrotech Developers IPO: The initial public offering (IPO) of Macrotech Developers will open for subscription today. The public offer will remain open for subscription till Friday, April 9, 2021. The IPO has a price band of Rs 483-486 per share and it will be the first offering in the new financial year 2021-22 (FY22). The real estate developer will raise Rs 2,500 crore through the fresh issuance of shares. The bid lot comprises 30 equity shares and in multiples thereof. Retail investors can bid for a maximum of 13 lots. The company will use the proceeds for reducing its net debt, land acquisition and corporate purposes. Besides, Macrotech Developers, formerly known as Lodha Developers, has raised Rs 741 crore from 21 anchor investors on Tuesday, a day ahead of the issue opening. The anchor investors include Smallcap World Fund, Nomura India, Societe Generale and Abu Dhabi Investment Authority among others.

Vedanta Open Offer: Vedanta’s buyback offer for 65.1 crore shares, which started on March 23, 2021, will close today. The open offer is available at Rs 235 per share, which is 47% higher than the Rs 160 offered in January.

SCI + Mazagaon Dock: Government is likely to provide a big subsidy to the Indian shipping companies on cargo transportation of PSUs, sources aware of the development informed Zee Business. According to the sources, the Ministry of Ports, Shipping and Waterways has prepared a Cabinet note for the purpose. The subsidy will be provided on participation in the global tenders of the ministries and CPSEs. The government will help in buying more vessels and cargo transport and subsidy support will be provided for bidding in the central government’s tenders. Finance Minister has announced a subsidy of Rs 1,624 crore in the Union Budget 2021-22.

Bharti Airtel: The telecom major, Airtel has announced Spectrum Trading Agreement with Reliance Jio Infocomm (Jio). As per the agreement, Jio can use Airtel’s 800 MHz spectrum in Andhra Pradesh (3.75 MHz), Delhi (1.25 MHz) and Mumbai (2.50 MHz). The agreement is subject to statutory approvals. Through this agreement, Airtel will receive a consideration of Rs 1037.6 crores from Jio for the proposed transfer. In addition, Jio will assume future liabilities of Rs 459 crores relating to the spectrum.