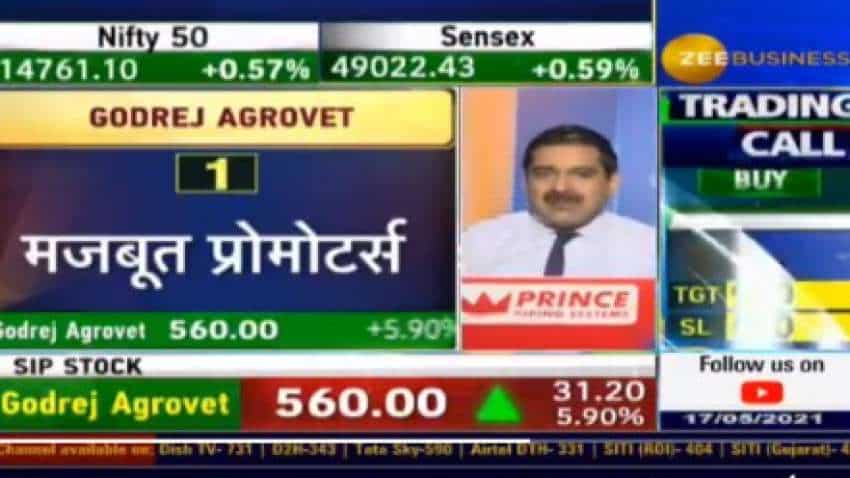 The research analyst says, Godrej Agrovet with splendid parentage has well-diversified business across segments: Animal feed 46 per cent, crop protection 17 per cent, oil and palm business 13 per cent, dairy business 15 per cent, and poultry and package food 9 per cent.

In its quarter-four management commentary, which is supportive, Godrej Agrovet expects to increase the Animal Feed business market share, says Chaturvedi. He explains, soy mill and corn price hike have created pressure in unorganised sector, due to which many small companies have been shut. This will eventually benefit Godrej Agrovet and help them increase the market share in this segment.

Besides Animal Feed, the company also expects to grow in the Crop Protection segment as Skymet and Indian Meteorological Department both have predicted that the monsoon this year would be good and because of which the company’s revenue stream would likely grow, Chaturvedi adds further.

The research analyst also says, both foreign and domestic funds have constantly shown confidence in the company, FIIs have a 2.89 per cent stake, while DIIs hold 1.67 per cent. Moreover, the promoters too have been increasing their stake continuously, as in June 2018 it was 68.79 per cent, December 2020 raised to 70.26 per cent and in the March-ended quarter, they increased to 70.70 per cent.

Stating that the valuations of the company are attractive, Chaturvedi says, in the last five years, the company has made a profit of 14 per cent CAGR, similarly, PE is at 24x, ROCE (return on capital employed is at 18 per cent and market-cap to sales is at 1.6x.

He lists out three important points why this company is good with respective investment: Specatular promoters confidence, FY22 Outlook, which is expected to be good and 3) lucrative valuations. Singhvi expects, the share price of the company to grow by Rs 700-750 apiece. The current market price of the company is at Rs 545 per share levels.