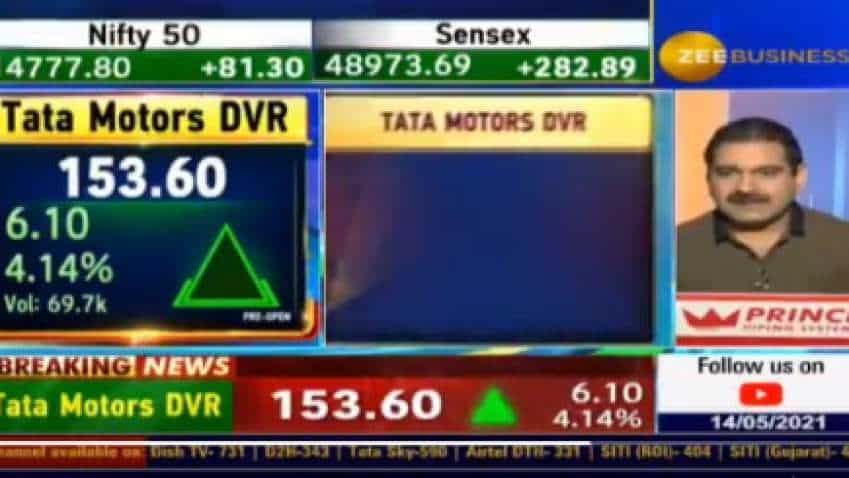 Stock to Buy Today- Tata Motors DVR is a globally diversified automobile company whose shares were issued in 2008 to fund JLR (Jaguar and Land Rover). Though the voting rights of retail investors in the company are less, they get a dividend of 5 percentage point extra than the ordinary shares.

The promoters have been constantly increasing their stake in DVR, Chaturvedi said. In the last one quarter, promoter holding has increased by over 4 per cent. Moreover, foreign and domestic funds have also increased their stakes by 1.29 and 0.46 per cent respectively.

The company is seeing a rebound in JLR sales with 127 per cent growth in China JLR sales, annually, Chaturvedi said adding that the company’s 80 per cent revenue comes from JLR.

He also points out the valuations gap between Tata Motors and Tata Motors DVR calling it "huge". In 2008 the valuation gap was a mere 10 per cent which now at the current price has jumped to 55 per cent.

We are seeing a transition in the automobile space with the emergence of electric vehicles. Tata Motors’ Nixon EV is the best-selling car in India, says Chaturvedi. He adds, the company’s global EV theme is ready to play a role. The management has said that by 2030, 60 per cent of Land Rover and 100 per cent of Jaguar will be electric which could have a good impact on valuations.

On valuations, Chaturvedi said that there was a buying opportunity in Tata Motors DVR as the market cap to sales was at 0.5X. The price-to-book value is at 2.4X and EV/EBITDA was at 9.3, he further said.

Given the current market volatility, it becomes important to buy safety stocks with respect to returns, the Market Guru said, giving his stake on Tata Motors DVR. He said that this stock would give bumper returns and it could grow by Rs Rs 30-40 level from the current price.

He points out, the valuation gap between Tata Motors and Tata Motors DVR should be low, in order to benefit the investors. DVR is a small price stock, but percentage return is good, he affirms while setting a target of Rs 185-190 per share and mentions, 20 per cent upside in safety stock is huge.

Meanwhile, the market analyst Siddharth Sedani also confirms that the historical performance and balance sheet of the company make both Tata Motors and Tata Motors DVR attractive, JLR sales would be beneficial and from a global market perspective, it’s a strong company.