Bharat Electronics (BEL) remains well placed to make the most of upcoming opportunities under the government’s Aatmanirbhar Bharat programme and the budgeted defense capex (+19% increase yoy). In the recently announced defence budget for FY21-22, the capital expenditure has been increased to Rs 1.35 lakh crore (+19 yoy increase) wherein RS 7000 crore reserved for domestic procurement 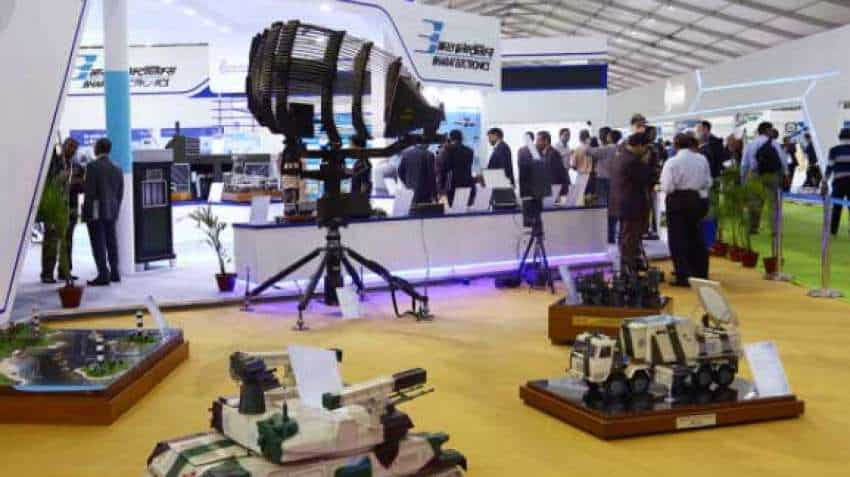 BEL having a major role to play in defence as it is present in all aspects of the defence sector remains a major beneficiary of the government defence capex: Image taken from companies website
Reported By: ZeeBiz WebTeam
Written By: Rahul Kamdar
Edited By: Harish Dugh
RELATED NEWS

BEL having a major role to play in defence as it is present in all aspects of the defence sector remains a major beneficiary of the government defence capex. Seeking to ride on the government’s thrust on self reliance, BEL remains confident that the ongoing financial year will be better than the previous year.

Recently the government on its part has been swift in issuing directives on the plans laid earlier and the recently concluded Defence Acquisition Council (DAC) meeting approved capital acquisition proposals for various weapons/ platforms/ equipment/ systems required by India’s Army, Navy and Air Force at an approximate cost of Rs 13000 cr (earlier DAC has approved Rs 27000 cr) wherein BEL can be major beneficiary. Secondly, the government has recently announced that another list that will not be imported is expected this month.

Earlier import embargo placed for 101 defence items where BEL remained at various stages of discussion for manufacturing 55 items. During Q4, the company signed a contract with the ministry of defense for the procurement of Software Defined Radio (Tactical) worth over Rs 1000 cr for the Indian Navy.

Further, BEL also entered into an offset contract with Rosoboronexport, Russia, for setting up industrial facilities for the manufacture of a wide range of aviation hoses at BEL Optronic Devices Limited under the Make in India programme. The active operation of numerous aircraft of the Indian Air Force creates constant demand for aviation hoses, which are consumables in nature