Ace investor Rakesh Jhunjhunwala, who is also known as the Big Bull of the Indian stock markets, has offloaded as many as 2.25 million or 0.26 per cent of shares in the Tata Group company — Titan. 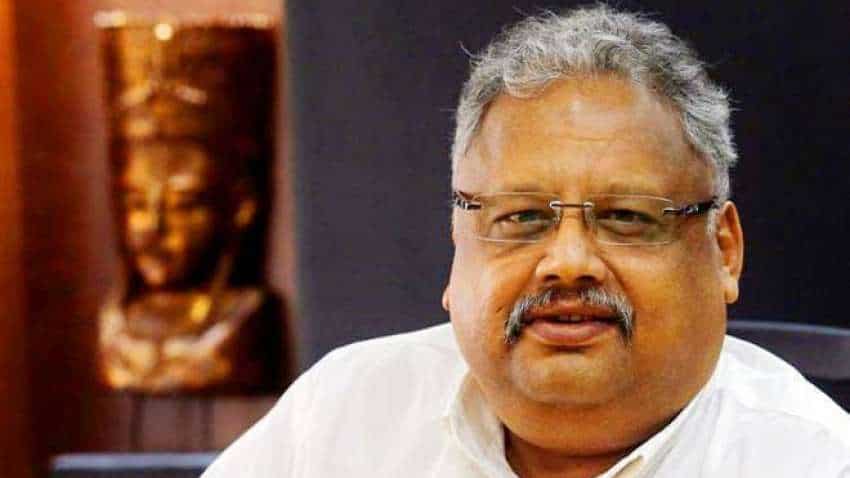 Ace investor Rakesh Jhunjhunwala, who is also known as the Big Bull of the Indian stock markets, has offloaded as many as 2.25 million or 0.26 per cent of shares in the Tata Group company — Titan.

Rakesh Jhunjhunwala brought down his holding in the jewellery and watches company from 4.23 to 3.97 per cent, Titan reveals while disclosing the shareholding pattern for March-ended quarter on exchanges. Besides Titan, the ace investor has also cut his stake in VIP Industries in the December-ended quarter.

In the second straight quarter, Jhunjhunwala has cut stake in this Tata group company, as in the third quarter of the financial year 2020-2021, the investor had sold a 0.20 pe rcent stake in the company.

The combined investment of Rakesh and his wife Rekha Jhunjhunwala in Titan at the end of March 2021 stands at 5.06 per cent. Shares of Titan dipped almost one per cent as compared to a four per cent rise in the benchmark during the March quarter.

Tradeswift Director Sandeep Jain terms Rakesh JhunJhunwala’s offloading of stakes as profit-booking as the stock has become very expensive as it currently trades around Rs 1500 levels, when it was listed inducted into Nifty50 it was trading at around Rs 60-70 per share.

Jain also calls it a risk management move, as Titan is already trading at a lifetime high and the valuations of the company have become enormously expensive at 180 PE multiple. The reason for this, he explains is that Titan has benefitted from being in jewellery segment, as there are no other good rivals in which Foreign Institutional Investors could invest.

The market analyst also points out that Jhunjhunwala might have got other cheaper options in stocks to invest in that promise even greater returns. He believes, it’s better to invest in the compulsory consumption sectors such as FMCG, Pharma and IT currently, rather than going with a luxury company like Titan, at least during these tough times.