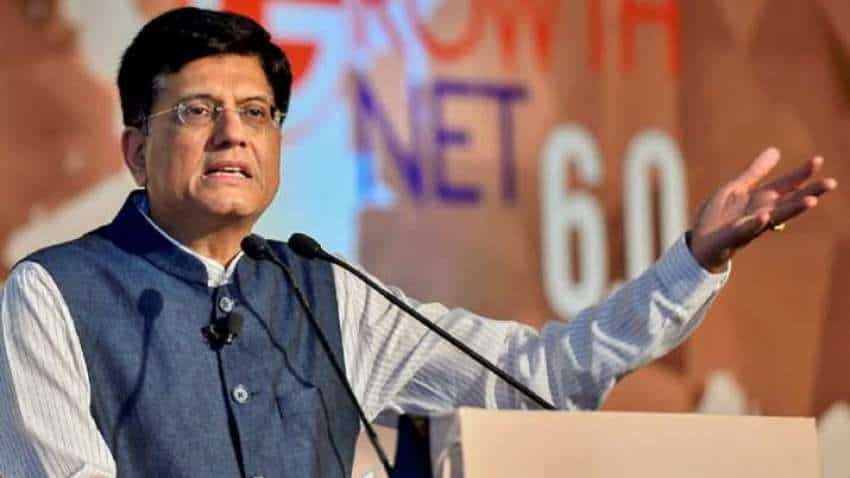 The comments were made during a review meeting of the Steering Committee on Advancing Local value-add & Exports (SCALE). Source: PTI

The comments were made during a review meeting of the Steering Committee on Advancing Local value-add & Exports (SCALE).

He also called upon states to reduce state specific disabilities to reduce logistics costs. “Cost of doing business needs to be assessed State-wise,” he remarked.

Goyal, who also hold charge of Consumer Affairs, Food & Public Distribution and Textiles said there has been a very positive industry feedback about the various PLIs announced by the Centre.

It may be noted that some of these PLIs in textile, automotive and white goods sector are already beginning to encourage more growth, he added.

The government aims to double its exports of Auto Components to USD 30 bn by 2026, the minister said. India accounts for USD 15 bn out of the global auto component trade of USD 1.3 tn, a government release said.

Deliberating on ways to enhance competitiveness and leverage the untapped potential of Indian industries, Goyal asked all stakeholders to have best quality products and world class labs for testing.

Goyal said India must choose niche and specific areas and excel in it, suggesting that every country cannot be good in all sectors. “Take comparative cost advantage in key areas,” he said.

“Huge opportunities exist in Drones sector,” he said, while stressing on proper regulations to be worked out by the Ministry of Civil Aviation for the growth of this niche sector.

Calling upon the electronics industry to aim for local value addition in TV manufacturing from the current 28 per cent to 43.7 per cent, Goyal said that the Set Top Box (STB), CCTV, mobile handsets and television manufacturers should come out with plans on how localisation can be achieved.

The minister lauded the air conditioner manufacturers for achieving a great degree of localisation and also switching over to CFL-free cooling technology.

IT companies will help in increasing India’s services exports to $1 trillion in a decade: Union Minister Piyush Goyal

IAC Vikrant is a testimony to success of Make in India, says Union Minister Piyush Goyal