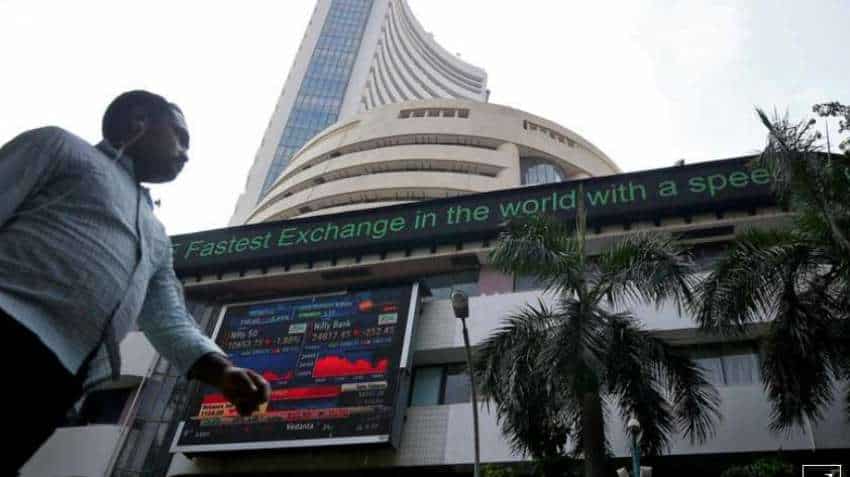 Stock Markets today ended with losses ahead of F&O expiry day. Markets end 1.5% down on November 25, ahead of F&O expiry after three consecutive sessions of gains. The benchmark indices fell from record-high to end 1.5% lower on November 25, as investors booked profit ahead of the expiry of the November F&O Series. Banking and financial stocks dragged the most while IT and pharma stocks also weighed on the indices. The Sensex declined by 1.6% or 695 points to 43828. The Nifty plunged by 1.5% or 197 points to 12858. The Nifty sees its biggest 1-day fall in nearly 5 months. The Sensex fell over 1,000 points from record high, Nifty gave up 300 points. In the broader market, the S&P BSE MidCap declined by 1.76% or 295 points to 16444 while the S&P BSE SmallCap index fell by 1.13% to 16,363 points.

The Nifty, with a gap-up opening, crossed the upper end of a dynamic rising channel on the hourly chart; however, it couldn't sustain at its highs. On the way down, the Nifty has broken its crucial hourly moving averages & the fall can continue till 12600 in the short term. Market breadth was negative with 652 advances and 1196 declines on the National Stock Exchange

Following are the stocks/sectors which were in news today:

Union Bank of India rose 4% to Rs 26.7, after the bank said that it will raise up to Rs 1000 cr via issue of debt securities.
Aurobindo Pharma slipped by 3.1% to Rs 853, after the USFDA released details of the warning letter issued to the company's New Jersey unit in October 2020

European stocks were mostly lower on November 25, pausing for breath after rallying on growing political certainty in the US and positive coronavirus vaccine news.
Asian stocks ended on a mixed note on November 25, amid profit selling.