Lok Sabha election 2019 results: These are the stocks to watch out for on counting day

Lok Sabha election 2019 results: The domestic markets continued to witness positive sentiment on Wednesday, a day before the counting of votes for Lok Sabha elections 2019. Here are the stocks to watch out for on counting day - 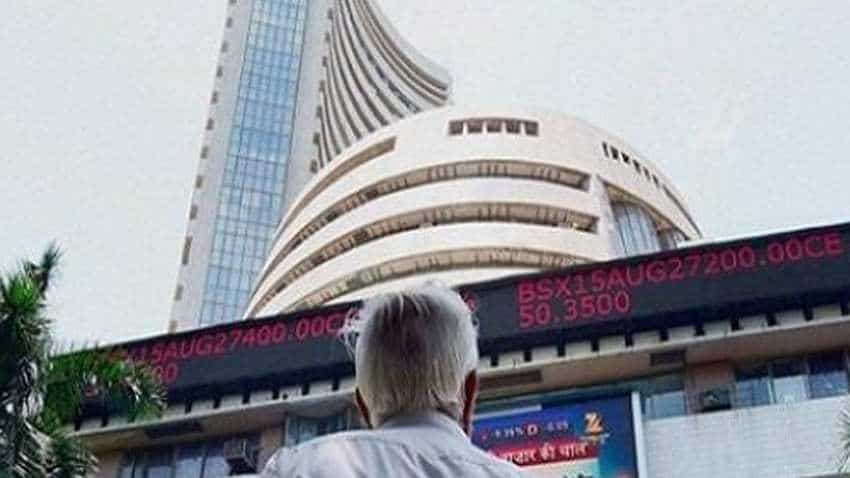 The markets could soar more on Thursday if NDA retains power as it would mean continuation of the existing policies of the government. Source - PTI.

The domestic markets continued to witness positive sentiment on Wednesday, a day before the counting of votes for Lok Sabha elections 2019. After swinging over 300 points during the day, BSE Sensex finished 140.41 points, or 0.36 per cent, higher at 39,110.21. Meanwhile, the broader NSE Nifty rose 28.80 points, or 0.25 per cent, to 11,737.90. IndusInd Bank was the biggest gainer in the Sensex pack, rallying 4.84 per cent, followed by Sun Pharma, Bajaj Auto, Bharti Airtel, Coal India, Tata Motors, SBI, ICICI Bank, Hero MotoCorp, ONGC, HDFC, Vedanta, L&T, Kotak Bank, Maruti and Axis Bank, ending up to 2.92 per cent higher.

Amar Singh, Head - Advisory, Angel Broking Ltd believes that the markets will soar more on Thursday if NDA retains power as it would mean continuation of the existing policies of the government. "The outcome of the exit polls results in markets led to a sharp rally this week, with Monday, witnessing the highest single day gain over the past 10 years. The benchmark indices hit record highs on bullish investor sentiments ahead of the election results," he told Zee Business Online.

Singh said that ICICI Bank, HDFC Bank, Jindal Steel and Bata India, among others are some stocks to be watched closely as they can give healthy returns in the next one year. Here are the stocks to watch out for on counting day, according to Amar Singh -

"Our top picks are backed by sound business model and are likely to do well in coming years. We continue to remain positive on consumer discretionary space and private sector banks (both corporate and retail)," Singh said,

Meanwhile, Rajesh Cheruvu, CIO, WGC Wealth told Zee Business Online that on Thursday markets could witness a situation like Madhya Pradesh assembly elections where things change with each round of counting. "Going by the election campaign and the formation of coalitions, margins could be quite narrow unlike 2014, hence it could be a repeat of MP state election like scenario and there could be significant turnarounds as each of the rounds get counted," he said.

Rajesh added that accordingly, market volatility could be relatively higher and, hence, risk reward may be unfavourable for investors.