Lok Sabha Election 2019 result: Where is the Indian Rupee headed as new government set to be announced? Find out!

Lok Sabha Election 2019 result: It needs to be noted that, elections do set a course for Indian rupee. 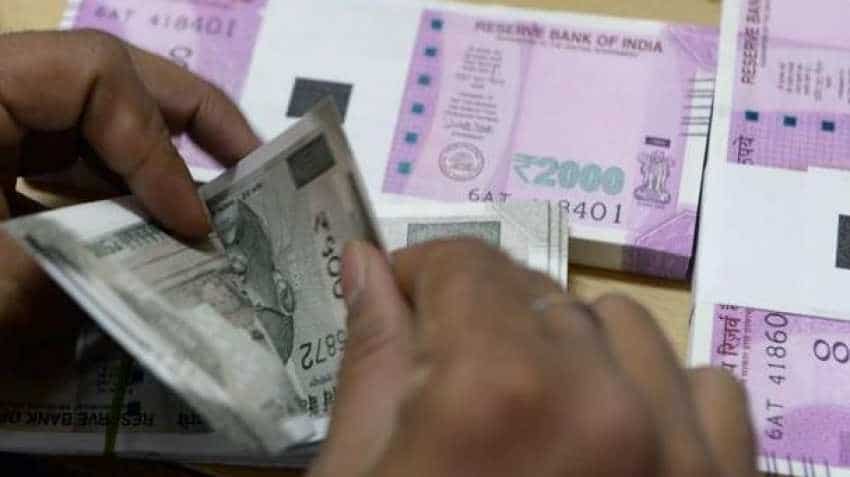 Lok Sabha Election 2019 result: Prakash Sakpal Economist, Asia at ING said, “ Indeed, the currency market has so far vindicated our forecast of the INR weakening past 70 against the USD. Reuters

Lok Sabha Election 2019 result: This week’s rupee performance can be attributed to a host of factors such as rally in Dalal Street, US currency weakening against other global currencies due to US - China trade deal, easing in crude oil prices and most importantly the Lok Sabha Elections whose result will be announced today, on Thursday, 23rd May. On Wednesday, the Indian rupee closed slightly higher by 6 paise at 69.66 against US dollar benchmark index at interbank forex market.

Prakash Sakpal Economist, Asia at ING said, “ Indeed, the currency market has so far vindicated our forecast of the INR weakening past 70 against the USD. We see the pair trading in a tight range around 71 until the election dust settles.”

Sakpal adds, “As we've mentioned above, the results could go either way and depending on how the swing states - the states where BJP has lost power in state elections over the last two years - perceive  the party at the national level. The alternative outcomes and our view of what these would mean for markets are:

NDA remains in power: The BJP loses its absolute majority but still forms the government with the coalition partners and Modi stays prime minister. Just as the baseline, this is likely to have little impact on markets, with USD/INR continuing to trade in the 70-71 range.

A landslide victory for BJP: This would come as a big positive for markets, with the USD/INR grinding for re-test of the March low of 68.42 and eventually settling in the 66-68 trading range.

Congress-led UPA government: Investors are likely to see this as instilling significant political and economic uncertainty for the future, by derailing economic reforms. The resultant market sell-off could see USD/INR pushing higher to a 72-74 trading range.

Third front government: A government without the BJP or the Congress would mean a significant jump in uncertainty on all fronts and for a prolonged period of time. Although such an outcome is highly unlikely, this could spell disaster for markets, driving the rupee down for a significant depreciation above 75 against the USD. 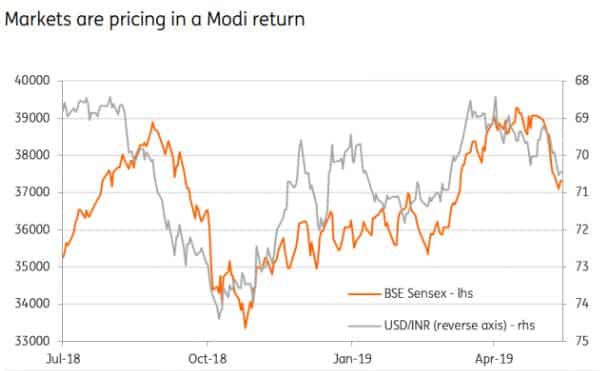 There were also three scenarios, identified by HDFC Bank as well.

1. Modi led NDA government wins majority - If there is a win with big margin, then markets will cheer results with Indian rupee appreciating. USD/INR could move up to 68 levels.

2.  BJP wins, but with the help of non-NDA regional parties - This could hit  equity valuations and impact sentiments to some degree. Expect USD/INR to move around 72-mark.

3. UPA government wins with help of regional parties - There could be change in the policy directive. Hence, expect USD/INR to move around 74 levels.

HDFC Bank says, “The appreciation bias that we have penciled in for 2H-FY20 will have to be reviewed and altered if the tariffs and trade risks persist.”

Ahead of election result announcement, the week has turned out quite fruitful for Indian rupee, as the currency has strengthened from 70.291-levels last week and to 69.62 today. It needs to be noted that, elections do set a course for Indian rupee.