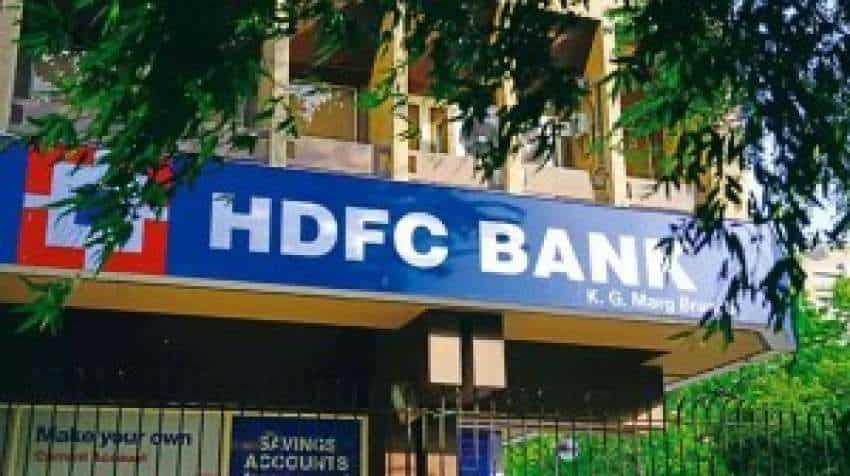 After the release of HDFC Bank quarter 4 results, brokerage firms have given the stock either overweight or a buy recommendation. India’s second-largest lender, HDFC Bank’s profit grew by over 18 per cent to Rs 8186 crore in the Q4 of the financial year 2020-21

With a target of Rs 1825 per share, CLSA maintains a Buy stance for HDFC Bank. The brokerage firm points out Q4 results of the bank are strong and its portfolio has remained pandemic proof.

Another brokerage firm Credit Suisse maintains Outperform call on HDFC Bank with FY22 and FY23 earnings being raised by 4 per cent and 1 per cent respectively on slightly lower credit cost. It points out robust growth and asset quality outcomes in line.

The brokerage firm also mentions that there is no visibility on the timeline for curbs to be lifted by RBI due to tech issues. It sets a target of Rs 1700 apiece.

Whereas, Morgan Stanley expects sustained market share gains and could see a further rise in profitability as the cycle turns for HDFC Bank, it maintains an Overweight call on the stock with a target of Rs 2,000 per share. It states, thought the earnings estimates remain unchanged, Covid resurgence poses near-term uncertainty.

As core performance remains robust, JPMorgan has an Overweight call on HDFC Bank. It cuts EPS estimated by nine per cent but expects the bank to retain a two per cent RoA. The brokerage firm says the expected EPS growth is at 19% over FY20 to FY 23.

HDFC Bank in its management commentary has said, it continued to hold provisions as of March 2021 against the potential impact of COVID-19 based on the information available at this point in time and the same are in excess of the RBI prescribed norms.

On Friday, the stock had declined by around three per cent to Rs 1386 per share.