The government on September 30 hiked the prices of natural gas by 62 per cent. The steep hike in price of the natural gas was soon followed by increase in CNG and piped natural gas prices in the national capital and other domestic markets. 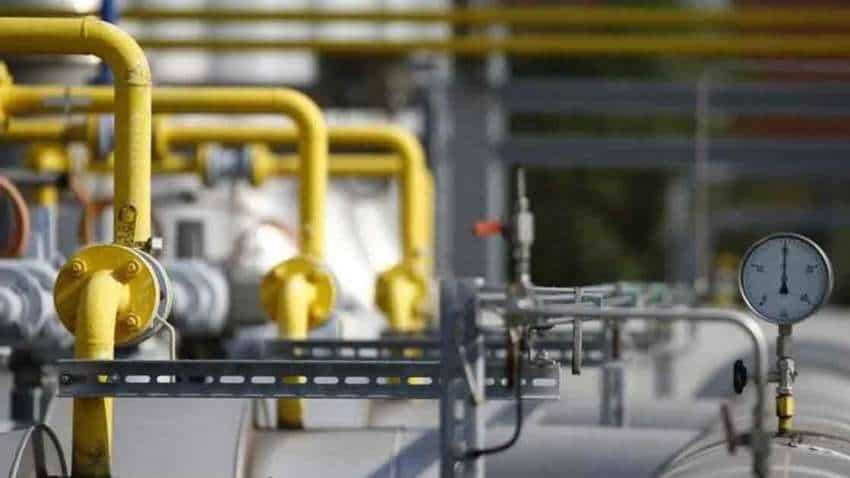 The experts are of the view that the devlopemt will negatively impact sectors that are dependent on natural gas, while it will bode well for upstream gas producers. Source: Reuters

Gas Price Hike: The government on September 30 hiked the prices of natural gas by 62 per cent. The steep hike in price of the natural gas was soon followed by increase in CNG and piped natural gas prices in the national capital and other domestic markets.

The natural gas is used to produce electricity, make fertilisers and is turned into CNG to be used as fuel in automobiles and cooking gas for household kitchens. CNG prices were hiked by Rs 2.28 per kg in Delhi and Rs 255 per kg in Noida, Greater Noida and Ghaziabad.

Similarly, the consumer price of PNG in Delhi was increased by Rs 2.28 per kg and Rs 2.55 per kg Noida, Greater Noida and Ghaziabad.

The hike was due anytime as the natural gas rates were last increased in April 2019, and it comes on back of firming benchmark international prices.

First increase since 2019
This is the first increase in rates since April 2019 and comes on back of firming benchmark international prices. In less than a year and a half, liquefied natural gas (LNG) prices have lurched from record lows to record highs, with the market first reeling from the impact of the pandemic and now unable to keep up with a global recovery in demand, said Reuters.

Also read: Gas price hike: Sectors and shares that will be affected the most— These stocks should be in investors' watchlist

Global factors
"Demand jumped on economic growth plus a cold northern hemisphere winter followed by a hot summer, while supplies have been stymied by production problems. Recent power curbs and outages across China due to coal shortages have only exacerbated competition between Asia and Europe in securing sources of energy, " it said.

The situation can be gauzed from the fact that LNG prices hit $34 per million British thermal units this week compared with just under $2 mmBtu in May 2020, while European gas prices catapulted 300% higher this year, said the report.

Research at Kotak Securities.
The experts are of the view that the devlopemt will negatively impact sectors that are dependent on natural gas, while it will bode well for upstream gas producers. They feel initially it is the gas distribution companies that will be under pressure, but ultimatley it will be passed on to end consumer.

This is what experts have to say about the steep hike in natural gas prices, its impact on sectors and stocks that will benefit directly.

Sonam Srivastava, Founder, Wright Research
Speaking about the hike in natural gas prices, Sonam says the steep rise in the Natural Gas prices done by the government is to catch up with the global gas prices which are at multi-year highs due to various reasons linked to the shutdown and other natural causes.

Stocks which could see action due to this move as per Sonam are those belonging to that of upstream gas producers. "MRPL is already up 9% after the news and ONGC, GAIL, Indian Oil are also doin well. The price hike will sway the earnings of major oil companies like ONGC, Oil India and Reliance Industries, " she added.

Sharma said natural gas prices were at all-time low at $1.79/mBtu since September 2020 and state-run oil companies like ONGC were facing losses given their production cost stood at $3.7/mBtu. "With the increase in pricing, it will definitely bode well for oil companies," he said.

He said gas distribution companies, which are the largest consumers of domestic gas under APM, will have to face margin pressure, unless they they pass on the price hike to end consumers. "GDC companies might feel some short term impact, but in the long term, the hike will get passed on to end consumers,"

Also, fertiliser companies that use natural gas as raw material will see their operating expenses go up. So those companies will expect govt to be be more generous on subsidies to maintain margins. So that is one sector that will get negatively impacted in absence of clarity from Govt.

Stocks to beneit:
Companies like ONGC, GAIL will definitely benefit from this move and can see valuation go up in the short term, he said.

The Ministry of Petroleum and natural gas (MoNG) in accordance with the New Domestic Natural Gas Pricing Guidelines, 2014, has increased the domestic gas price to US$3.2/mn BTU for H2FY2022 from US$2/mn BTU in the previous half, he . This gas price hike is as per the government stated formula and so it is on expected lines.We believe gas price hike will be positive for upstream sector which includes ONGC, OIL India, RIL and Hindustan oil exploration.

On the flip side, domestic gas consuming sectors like City gas distribution (like IGL, MGL and Gujarat Gas) will get impacted in the short-run.However, we expect CGD (City Gas Distribution) companies to pass on the burden to end-consumers. " We note that IGL and MGL will be required to take price hikes of around Rs 5-7/kg to pass on the impact of higher domestic gas price in 2HFY22," he said.

IGL had undertaken a price hike on August 30 to mitigate higher cost of incremental LNG that it had to use for its CNG segment, given capping of domestic gas allocation at 110% of CNG consumption in H2FY21. Total number of CNG outlets across the country increased by 90 (+3% mom) to 3,323.

Stocks to benefit
We believe upstream companies like OIL INDIA, Ril, ONGC and HOEC will get benefitted the most.Just to top up, overall gas production from private entities increased 1% mom to 0.866 bcm reflecting 3% increase in offshore production (driven by RIL) to 0.6 bcm. Oil India’s gas production increased to its highest level since April 2019 in the recent month.

Hike in Gas Price: ONGC, Oil India, Indraprastha Gas to benefit most, GAIL likely to be worst hit; brokerages see up to 160% upside