First-quarter results of Nifty heavyweights and other shares to auto sales figures, there are several triggers that would drive the domestic markets today. 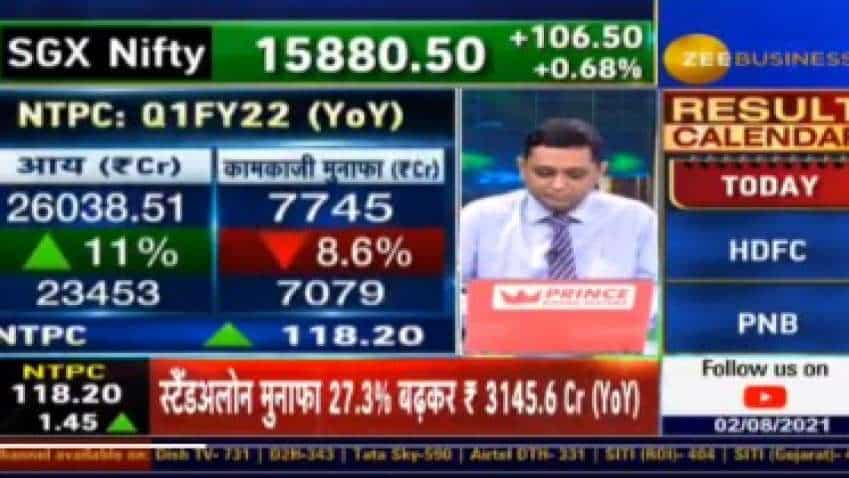 The auto sector will also be looked out today on the back of July Auto sales numbers: PTI
Reported By: ZeeBiz WebTeam
Written By: Vaibhav Gautam Bansode
Edited By: Ravi Kant Kumar
RELATED NEWS

First-quarter results of Nifty heavyweights and other shares to auto sales figures, there are several triggers that would drive the domestic markets today.

Zee Business Senior Research Analyst Varun Dubey,  starting with Nifty heavyweight, Dubey said Britannia reported weak numbers in terms of margin, down 16 per cent from 21 per cent. However, it reported good numbers on other fronts, as revenue at Rs 3420 crore vs 3080 crore estimate, profit at Rs 387 crore vs Rs 410 crore estimate.

Moreover, the company reported positive volume growth by 1 per cent as compared to the 12 per cent fall estimated, Dubey says, he adds, the FMCG company is going to take a price hike, wherein it's likely that we could see its share price movement today.

Another heavyweight, UPL reported in line numbers with respect to Zee Business expectations, as revenue stood at Rs 8515 crore, margins at 21.9 per cent, and profit at Rs 677 crores on Friday.

Whereas the senior research analyst says, NTPC missed expectations, as its revenue came at Rs 26038 crore, margin at 27.2 per cent versus 29.2 per cent expected and profit at Rs 3145 crore as against Rs 3317 crore estimate.

On the other hand, BHEL's first-quarter numbers came way below expectations, as its revenue stood at Rs 2901 crore versus Rs 4150 crore YoY. The government-owned company has been continuously reporting, as in Q1 it reported Rs 445 crore loss and its EBITDA loss at Rs 474 crore, Dubey says.

Bandhan Bank, so far meets Q1 results expectations, but the internals of the bank came weak, especially asset quality, says the analyst, its NII stood at Rs 2114 crore, and profit at Rs 373 crore vs Rs 200 crore expectations and GNPA grew by 8.2 per cent from 6.8 per cent YoY

Other important triggers such as HDFC to release its Q1 numbers, similarly, PNB and RBL Bank too release their quarterly numbers, says Dubey adding further Shree Renuka Sugars to plan fundraising along with quarter numbers. UltraTech to issue Ex-dividend at Rs 37 per share

The auto sector will also be looked out today on the back of July Auto sales numbers. The analyst says, Maruti reported good sales numbers, along with Eicher Motos and Escorts, while Hero Moto sales declined on a sequential basis and Tata Motors reported a 19 per cent jump in July sales.